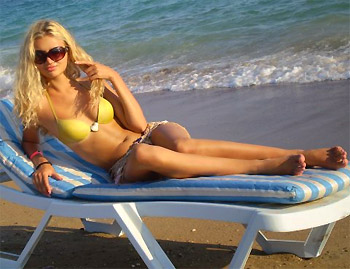 I don't avoid the sun all that much, but I do try not to over expose myself.  Once my skin starts to turn pink I seek cover, so not much out of fear of skin cancer but for the sake of preventing wrinkles.  The most deadly form of skin cancer is melanoma, but that isn't caused from the sun exposure.

Melanoma only occurs on areas of the body where the sun doesn't shine, but the risks only increase with lack of sunshine exposure.  The non-lethal forms of skin cancer are caused from sun over exposure, but fortunately these are very treatable.

Dermatologists, plastic surgeons and radiotherapists jointly manage the affliction, such management usually involves surgery. The risks of surgical intervention are well known.  Moreover, excision of basal cell carcinoma from the facial area often involves reconstructive surgery, which can be both time consuming and costly.

What if I told you that a safe and efficacious method of treatment of skin cancers exists using a natural, topical skin cream?

That cure comes out of an extract from eggplant that can manage the majority of skin cancers, usually in two to three months or less.  The product is called BEC5 and is applied at least twice daily to the skin and may be applied much more frequently if rapid regression of the tumor is required.

BEC5 is composed of one-third solasonine and one-third solamargine in the "triglycoside" form, and one-third "diglycosides and monoglycosides" of these two basic molecules. The cosmetic results after using BEC5 are very impressive, over 80,000 patients have now used BEC5 successfully.

A word of caution, BEC5 will not be completely effective if the skin cancer was previously surgically treated.  BEC5 relies on the "tracks" that cancer marks with its invasion, obliterating a cancer cell at a time until the end of the cluster has been reached.  During surgery, such an in road maybe broken and not allow the BEC5 to properly follow the tracks.

Dr. William Cham who created the cream, nor any other individual or company selling BEC are permitted to state that the product cures these skin cancers.  The Federal Death Association (FDA) would prefer to limit so-called free speech.  I'm sure if enough people knew of the creams existance it would put a gapping hole in the revenues of dermatologists.

This cream is nothing new, it's been around for 20 years at least.  BEC5 can be purchased via the internet.