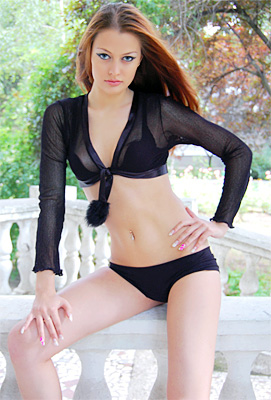 Lithium has a bad reputation, and whether that is because it's a prescription drug to treat bipolar disorders or that it can be toxic, in its natural form, it's a terrific mineral.  Lithium is found naturally in the ocean and lakes, but regardless of its reputation, it is a very important mineral.

In today's drug oriented culture, it's easy to forget that Lithium is really a just a mineral.  The prescription variety is known as Lithium as carbonate, which is very poorly absorbed.  One unfavorable aspect of prescription lithium is that it can cause hair loss, suppress the thyroid and slow down kidney filtration.

These above described actions could be some of the reasons why lithium isn't favored, but in reality it's all about the kind of lithium and the dose that matters.

You might have heard that smoking significantly reduces the risk of Parkinson's disease and Alzheimer's disease.  I believe there two primary reasons for this, the first is that cigarettes contain some lithium, and the other is that nicotine has similar effects to nicotinic acid or vitamin B3, but that's another story.  Beyond that, Lithium preserves gray matter in aging brains, but more accurately it helps increase your gray matter volume.

Technically what lithium does is protect neurons from excitotoxicity by inhibiting N-methyl-D-aspartate.  This is better known as glutamate toxicity, such as what occurs with central nervous system disorders and sensitivity to MSG (monosodium glutamate).

In allopathic medicine, the therapeutic effects of prescription Lithium require large dosing for this carbonate form. This large dosing creates a toxic effect, such as those mentioned earlier.

However, Lithium in the form as Orotate or Aspartate is much better absorbed and only a fraction is needed to do what it was originally intended for.  The difference is over 60 times less lithium, which means significantly less toxicity.  You can virtually eliminate any toxicity just by taking Omega-3 fatty acids and some vitamin E.

One indication of the human need for lithium is that prison inmates, particulary those who are in for violent offenses typically have 400 times less lithium in their hair than the rest of us.

For reasons unknown, their uptake of protective lithium is very low.  A similar finding has also been found in an deficiency of Omega-3 fatty acids, since both Lithium and Omega-3 protect against depression and violent behavior.

If there were a way to cut down on violent crimes, it would make better sense to treat our water supplies with natural lithium salt, instead of neurotoxic fluoride.

Lithium has been found to do some extraordinary things.  It can strongly prevent Alzheimer's disease, prevent and halt the progression of amyotrophic lateral sclerosis (ALS), it can protect against Parkinson's and it promotes autophagy, which a process of cleaning up folded proteins that shouldn't be present in the brain.

Since Lithium protects against glutamate toxicity, it also protects against stroke.  Normally our brains literally shrink with age, but on Lithium, they actually grow instead.  This is amazing "insurance" against the prospect of becoming a "vegetable" or rather, our brain becoming a vestigial organ.

More on Lithium in the next daily topic.