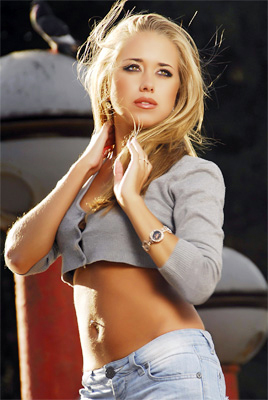 The crucial difference between the average 70-year old and a 20-year old is their ability to utilize oxygen in their cells.  Forty-five percent of lung capacity drops by the time the average person reaches the age of 70.  The figures are not too dramatically different in decline between the ages of 20 and 50.  By the time most individuals reach the age of 50, they have lost 40% of their breathing capacity.

The loss of oxygen capacity in the lungs increases risk of death from heart and brain health (think stroke and memory) and many other conditions that effect the aging process.

The good news is that it's not inevitable!  In fact, you can have great oxygen capacity at age 100, just as long as you ignore conventional medicine and practice a few techniques.

Even if you've smoked for decades, there is hope.  It's important to understand that as we age, our lungs literally shrink and naturally, oxygen capacity drops right along with it.

Conventional wisdom has stated time and again that aerobics and cardio is the answer to fitness, but is that really accurate?  The answer is no!

Endurance aerobics and extensive cardio work outs may condition your body for distance, but they do not help with lung capacity.  If you never push hard enough to catch your breath, the lungs never expand enough to reach reserve capacity.

Reserve capacity is what allows your heart and lungs to pump enough oxygen to handle high exertion, not running on a treadmill for an hour.

It's not how long you exercise that matters, it's how much exertion or how high the intensity of that exercise is.  The good news is that the exercise doesn't need to be long!

Part of the secret is the rest in between exertion, and standard aerobics doesn't allow this.  Endurance exercise is an unnatural process that can actually hasten your heart and lungs to shrink!

Some years ago, Harvard researchers published a study involving over 7,000 participants.  The conclusion of the study found that preventing heart disease is based on the level of intensity, not endurance aerobic activity.

Other studies have shown a correlation between long distance running and sudden cardiac death.

One answer to lung fitness is high intensity interval training (HIIT).  This type of exercise can be as short as 10 to 12 minutes, and never lasts for longer than 20 minutes.  This type of work out only burns carbohydrate, not fat.

Once you're finished exercising by high intensity interval training, it is only then that your body kicks into the "afterburn," where it burns fat to replace the carbohydrates that were just burned.  After that, the body continues to burn off stored fat for up to 24-hours post workout.

In standard aerobic conditioning, the opposite action occurs.  You burn fat during your workout, while sending signals to your body, "telling it" to spare its reserve fat for future use.  It's essentially as if the body thinks it needs to conserve energy as if your endurance excercise is signaling some sort of famine state.

Beyond the obvious fat loss benefits, you'll experience a more muscular physique and have superior lung and oxygen capacity.  Being short on space, the following web link will give several examples of how high intensity interval training works.

High intensity interval training isn't the only way to improve your lung capacity.   The easiest way to improve your oxygen capacity is with one of the best anti-aging therapies for the aging body.  It's called EWOT, an acronym meaning (exercise with oxygen therapy).

EWOT involves the breathing in via a cannula from of high levels of externally supplied oxygen tank while exercising. The higher oxygen level in the lungs creates a greater head of pressure to drive oxygen into the pulmonary capillaries.

This therapy can be performed in your own home, and it can make a senior feel like their 30 again, or younger depending on other factors.

In the next daily topic, will explore EWOT and other avenues that boost oxygen capacity further.