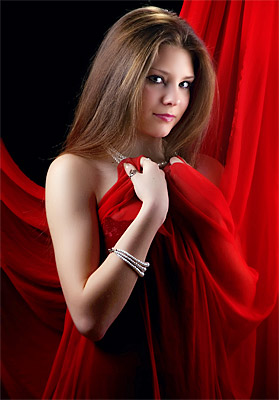 Sleepless nights are a real problem for a lot of people. I could list a number of very obvious consequences. However, if you're suffering from insomnia, you may already have a good idea of what some of these are. It is bad enough to suffer from this affliction, it's quite another to suffer from taking a prescription sleep medication.

If you don't mind hangovers, feeling inebriated, nauseous, feeling tired in the morning, sexual side-effects, sleep-walking, etc., then maybe you can handle drugs like Lunesta and Ambien. These drugs actually "trick" your body into thinking it had a good sleep, but in reality the opposite is true.

If you pick up any widely-read magazine or watch network television, you may have seen a few dozen ads from patent medication companies displaying images of people orchestrating their day-to-day operations with assistance from theses "medical marvels" seemingly making their lives more convenient and trouble-free.

One of these comes from Takeda Pharmaceuticals, the manufacturer of Rozerem. Rozerem is a sleep aid, but in reality it's actually a patented, reconfigured, molecular alteration of the natural hormone melatonin.

Melatonin is inexpensive to buy, but since it's not a patent medication there isn't sufficient incentive for a company to invest in clinical trials, supply a hundred million (or two) dollars to receive "approval" for the "right" to advertise what is well known in the scientific community--that melatonin will help you sleep every bit as well as Rozerem without any risk of side-effects.

Many of the listed side-effects Rozerem offers are, in contrast, prevented by melatonin, the very drug it mimics.

If the suppliers of melatonin were to advertise its benefits, they would be heavily fined and imprisoned. Unless it's approved as a "drug," there is no free speech on the airwaves.

While there are hundreds of natural substances that work as well or better than their pharmaceutical counterparts, lack of awareness of them keeps the medical economy afloat, with its reliance on exorbitant infrastructure.

Without the lobby interests, government liaisons and large shareholder incentives, the medical field as we know it would fall like a house of cards.  Yet in the midst of the ruins, we would be so much the healthier.

Generally speaking, insomnia is the inability to produce sufficient amounts of serotonin or perhaps melatonin. Starting with that, for melatonin to be produced sufficiently, requires us to sleep in conditions of total darkness.

It must be so dark in fact, that visibility should be poor enough to block what is seen right in front of you. One way to get around this problem is to make use of melatonin glasses. These block the blue spectrum of light which allows the pineal gland to start producing melatonin naturally.

Melatonin glasses really work and they are ideal for use when using the computer in the evening or just preparing for sleep.

Without this sort of protection, if we so much as look around at night with artificial lights turned on, or even coming from a light eminating from a digital clock can keep us awake.

Hanging up dark drapes over windows will insure a more restful sleep. Additionally, making use of red lights instead of standard night lights will further aid, as the red light is free of the blue spectrum and will not compromise melatonin production.

One common and overlooked factor is how much sunlight you're exposed to throughout the day. Natural, full-spectrum sunlight as opposed to the common variety of standard, artificial lights can assist with the internal body clock.

Users of full-spectrum light report feeling more mentality alert and tend to find it easier to relax in the evening.  Moreover, it may assist with the production of melatonin. It would help further to make sure your vitamin D levels are in the optimal range. This helps your body make serotonin, which in turn allows the body to produce melatonin.

If you consider taking melatonin orally, be aware that it has to be cycled, because it will lose its effectiveness if it's taken everyday. Melatonin is only useful for occasional use. It would be more practical to use melatonin blue blocking sunglasses in the evening along with full-spectrum lighting.

Insomnia can also be affected by other hormones, such as adrenaline and cortisol which can interfere with the synthesis of serotonin. In healthy people, cortisol levels are lowest at night and highest in the morning.

If night time cortisol levels are too high, this "fight or flight" hormone makes it virtually impossible to relax and fall to sleep.

In a recent study 82.8% of individuals taking a combination of Magnolia officinalis bark and Ziziphus spinosa seed reported that the combination had helped them get a restful sleep.

Both of these herbs help to reduce anxiety and cortisol levels. One very reasonably priced product by Jarrow is called Seditol™ and it contains the identical blend of Magnolia officinalis and Ziziphus spinosa used in the study.

Finally, there is the mineral Magnesium in the form of Glycinate, a type of magnesium that helps with muscle relaxation.

You may be surprised to find yourself obtaining the best sleep you have had in recent memory. In the near future I will discuss a more challenging problem, obstructive sleep apnea (OSA).

This problem is serious, and if this is the cause of your sleep disturbance, then I have a more effective solution than standard, conventional CPAP  (Continuous positive airway pressure) device.