Having Your Cake & Eating It Too 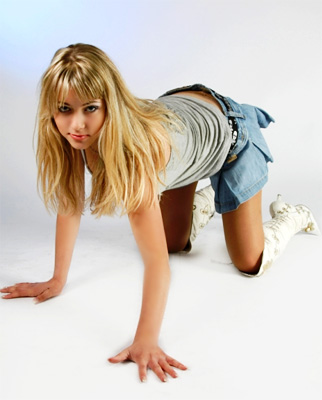 Around the holidays, visiting a friend's house or eyeing desserts at a bakery or party could provide opportunities to indulge in some delicious non-foods, the kind that kill and send us to an early grave.

In my view, eating to live, instead of living to eat isn't pleasant enough to make life worthwhile. Just a sample of evil food is usually all it takes to eat the full portion.

I normally make some effort to avoid processed foods, food fried in vegetable oil, indulging in cookies, cakes, cereals, alcohol, grains and confections. However, I do not always say "no."

What if there was a way to have a "license" to eat occasional junk, without the sort of consequences your body would expect?

Depending on which indulgence you choose, there is usually a substance or two to help buffer some of the negative effects. If the "treat" is alcohol, the primary concern is potential toxic effects from the inability to convert it into acetic acid. If too much alcohol is ingested, its oxidation in the liver is catalyzed by the cytosolic enzyme alcohol dehydrogenase (ADH).

If you can "hold" your liquor well, then your body's ability to convert acetaldehyde into acetic acid works well. It suggests that you have an abundance of the enzyme, acetaldehyde dehydrogenase, which converts acetaldehyde to acetic acid. Some individuals are very sensitive to alcohol produce large amounts of acetaldehyde, which is very toxic to the liver.

A form of the amino acid cysteine, called N-acetyl-cysteine, binds to  acetaldehyde, thus preventing its damaging effect on physiological proteins. Alcohol toxicity depletes vitamin B1, known as thiamine. Thiamine is an extremely important nutrient, because without sufficient levels, the body produces an abundance of advanced glycation end products (AGEs).

Every tissue in the body suffers greatly with a loss of thiamine, and if you're diabetic or have cardiovascular disease, shortened life span is virtually guaranteed.

If you drink alcohol regularly, or indulge in refined grains and sugars, then the fat-soluble form of thiamine may help save your organ system. Thiamine is water soluble and in any wasting disease, such as alcoholism or diabetes, the body cannot retain it well. The fat soluble form needed for retention is called Benfotiamine.

If you're aleady starting to experience poor performance in vision, kidneys, suffer from hypoglycemic reactions, poor circulation or any peripheral nerve damage, benfotiamine is an absolute must have.

Other nutrients to support prevention in alcohol toxicity are the amino acid Taurine, the mineral Selenium, and the extract of Silymarin from the herb Milk Thistle.

If you live in America, you'll find the sweetener high fructose corn syrup (HFCS) in all kinds of non-foods at your local food merchant. This phenomenon is due to government food subsidies, allowing the growing of corn to be artificially cheap. High fructose corn syrup, "naturally" comes from corn, and while it does present negligible effects on blood sugar, the end result isn't healthy.

High fructose corn syrup is metabolized through the liver and despite the fact that insulin inpact is minimal, HFCS has a pronounced effect on uric acid levels, and helps to induce metabolic syndrome, and accumulation of triglycerides.

High fructose corn syrup has been shown to adversely effect the sympathetic nervous system, increase the production of vasoconstrictors, such as endothelin-1 and angiotensin II, and prostanoids in the development of hypertension in experimental animals.

fructose also plays a role on the effects of nitric oxide, it impairs endothelium-dependent relaxation and sex hormones. Fructose-fed rats experience elevated levels of reactive oxygen species (free-radicals) and higher levels of uric acid (hyperuricemia), both of which have been found to be contributing factors in fructose-induced hypertension.

This year, I was intrigued to find that hyperuricemia plays a pathogenic role in fructose-induced metabolic syndrome. Lowering serum uric acid levels can be achieved with a drug called allopurinol. Allopurinol is prescribed for sufferers of gout, however there are safer ways to lower uric acid levels.

Besides the link that elevated uric acid plays in hypertension, it also induces obesity in animals, suggesting that metabolic syndrome is at least in part, triggered by the hyperuricemia effect of fructose.

Celery seed extract is one natural way to reduce levels of uric acid, it contains a chemical called 3-n-butylphthalide. Another natural supplement that lowers uric acid levels are the polyphenols from cherry extract. Both of these protect against free radicals and problems associated with hyperuricemia.

There is much more to cover on this topic, so look out for part 2 of this discussion.