Having Your Cake & Eating It Too Part Deux 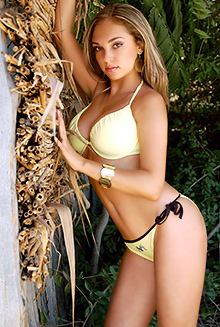 The health hazard of the metabolic syndrome is increasing, and I suspect it is due to the wide-spread use of high fructose corn syrup in proceesed foods.

Up until recently, no effective pharmacologic treatments were known to exist to combat this. However, the pharmaceutical drug, rosiglitazone has been found to expert positive effects on the development of metabolic syndrome.

Adiponectin is a hormone produced in fat cells that when in abundance, improves insulin sensitivity. However, when high fructose corn syrup is consumed, a condition called hypoadiponectinemia surfaces. Having low levels of adiponectin is a precursor to the development of hypertension and obesity.

The more adiponectin you have, the more likely you have your weight under control. The less adiponectin, you're likely to suffer from insulin spikes.

During weight gain, adiponectin production is downregulated and the accumulation of belly fat increases. I'm not suggesting at all the use of rosiglitazone to manage metabolic syndrome, in fact far from it.

Maybe you've heard of the drug called Avandia, it's the trade name for rosiglitazone--and if you haven't already heard, it'll increase your risk of heart failure by 60 percent!

Green tea polyphenols, in a dose-dependent manner, increase levels of various adipogenic markers, such as adiponectin, and peroxisome proliferator-activated receptor gamma (PPARgamma). In other words, green tea extract provides all the advantages of Avandia without the risks.

Endothelin-1 is a protein involved in vasoconstriction and its formation and release are stimulated by angiotensin II, antidiuretic hormone (ADH), thrombin, cytokines and reactive oxygen species (ROS).

Green tea has one limitation, it is a water soluble plant extract and it remains in the blood stream for a relatively short period of time. However, recently, a form referred to as Green Tea Phytosome can overcome this obstacle. Green Tea Phytosome can stay active in the serum up to ten hours instead of the typical 30-minutes, which the standard water soluble extract offers.

Green Tea conversion into phytosomes creates intermolecular bonding between individual polyphenol molecules and one or more molecules of the phospholipid, phosphatidylcholine (PC).

As a molecular delivery vehicle, phytosome technology substantially improves the clinical applicabilities of polyphenols. In a recent trial, one hundred human subjects were used to evaluate Green Tea Phytosome.

Fifty subjects were assigned to the green tea extract plus hypocaloric diet, while the other 50 subjects followed the hypocaloric diet only. After 90 days of treatment, significant weight loss and decreased body mass index were observed in the group taking Green Tea Phytosome.

While the control group (hypocaloric diet only) lost 11 pounds, the Green Tea Phytosome group lost almost 31 pounds. Please note that the waist line was reduced only in male subjects.

In addition to the positive effects on weight and body mass index, markers such as triglycerides, growth hormone, insulin-like growth factor-1, insulin, leptin and cortisol were improved.

There is much more to cover, look out for Part three of this discussion.