Restoration Of Antioxidant System In COPD 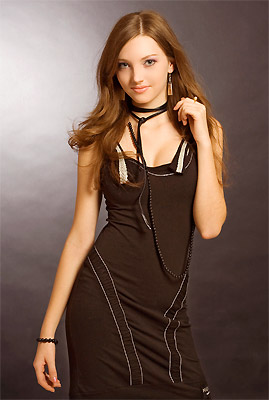 Chronic obstructive pulmonary disease (COPD) is a frightening medical condition if mainstream medicine is all you know.

It is a terribly debilitating disease and involves a progressive deterioration of the respiratory system, it's also the fourth-leading cause of death in the

Maybe you've witnessed someone with chronic obstructive pulmonary disease--what you'll see is someone breathing through a nasal canula (plastic tubing) attached to their oxygen tank. They cannot walk too far without gasping for breath, so usually if they are seen outside their homes, they will be found being pushed in a wheelchair by a caregiver.

Smoking isn't always to blame with this disease, it can manifest from environmental or occupational hazards. Breathing in fine particulates, such as working as a cement truck driver, grain handlers, paint and chemical sprayers, sanders, metal molders, and other workers exposed to dust and fine, airborne particles.

Conventional treatment for COPD is much like other symptom only approaches--they cause side-effects. The chief treatment is the use of

Bronchodilators (inhaled and pill form) which cause the airways to relax and open. This is usually followed by steroids and antibiotics, both of which just shorten lifespan of the patient.

Oxidative stress has long been known as a key contributor in COPD. Over time, it becomes more and more difficult to breathe, as the airways get narrower from inflammation caused by toxins. Oxidative stress leads to the

biggest concern with COPD--preventing bacterial infection. Most COPD patients reach their demise with an infection in the lungs.

In non-conventional medicine, COPD patients benefit from the use of inhaled glutathione via a nebulizer. This helps eliminate toxins, eases inflammation, and improves breathing. However, that is only a treatment, it would be more desirable to address the cause of this respiratory disorder.

The lungs have an innate antioxidant system that fights on-going infection, pollution and inflammation around the clock. If this system were to fail, COPD is the end result of this sort of malfunction. This antioxidant system is controlled by a protein called Nrf2.

Researchers have found that patients with COPD have low levels of Nrf2, and gradually decline, hence the progressive nature of this disease.

Fortunately, the nutrient Sulforaphane has been discovered to restore levels of Nrf2 to the level of a person without COPD. Sulforaphane comes from broccoli and it can increase phase-2 detoxification by 1500%.

One pound of raw broccoli contains a relatively small amount of sulforaphane, up to 40 micrograms at a maximal level. Cooked broccoli contains considerably less, also the absorption time is much faster for raw compared to cooked.

The best way to get the desirable quantity of sulforaphane needed is to consume broccoli sprouts. They contain significantly higher amounts than other broccoli sources, or you can take a supplement. The brand Jarrow makes a high potency sulforaphane extract called Broccomax. Just one capsule a day, could keep the pulmonologist away.

Even if you presently are unaware of anyone close to you who has this disease, you might be interested to learn that sulforaphane activates Nrf2 and induces phase-2 and antioxidant enzymes in human keratinocytes. In English, that means that sulforaphane could transcriptionally alter the antioxidant protection in the hair follicle.

Also keep in mind that sulforaphane is especially useful for asthma relief. I have been keeping a close watch on sulforaphane for years, believe me, I have only scratched the surface on this amazing nutrient. Look out for more information about sulforaphane in the future.