Heart Disease Is A Conventional Quagmire 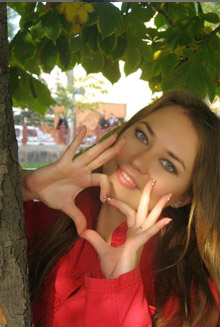 Heart disease is an unintended consequence of modern society, at least as far back as the 1900's. Before that time we consumed plenty of real food, including eggs, butter, unpasteurized milk, grass-fed beef and lard.

Yes, there was a time when no one actually took pharmaceutical cocktails for complications of heart disease, and noone were needlessly screened with dangerous, high-tech medical marvels either. People ate real food and didn't worry about cholesterol or saturated fat content.

If you are not already aware, cholesterol has nothing to do with heart disease! If you live in the United States or New Zealand, the only two countries that allow pharmaceutical drug advertisments on television, then no doubt you have heard over and over again, how 'important' it is to watch your cholesterol level. Sometimes a little bit of information is dangerous.

Television is not called an "idiot box" for nothing. Maybe you've heard that computers are "garbage in, garbage out," however television can be garbage out and garbage in (you).

Blaming heart problems on cholesterol is the same as condemning a band-aid that covers a scrape. Cholesterol is deposited in the artery wall to patch up "cracks" caused from inflammation. It's the inflammation that causes the tear, not the patch that seals it up.

What causes this inflammation? For starters, some of the 'heart healthy' vegetable oils, and many fat free foods that are high in refined starches and sugars can be a source of inflammation, as these promote high insulin.

Conditions that cause high insulin levels present a broad spectrum of inflammatory reactions, many of which I will cover in more detail later in this discussion. However, it is important to note that diabetic drugs used to 'treat' insulin problems increase cardiovascular mortality.

That said, be sure you're not "treating" yourself to death with pharmaceutical elixirs. Any drug used to compensate for a symptom of heart disease could make the underlying problem worse. Heart disease is really simple to reverse. However, it only becomes complicated when a patient has entrenched themselves in the conventional mindset, procedures and protocol.

Unbeknown to a vast majority of well trained cardiologists, is how to treat various forms of heart disease from the root cause. Approximately ninety percent of all heart procedures are unnecessary!

Yes, there still is a need for surgery when it is, indeed appropriate, however that leaves only ten percent.

Spending many years in medical school and learning the way of high-tech procedures, such as angiography, coronary artery by-pass, stents, cardiac ablation, cardioversion and others, it can be very difficult to shake off these very profitable routines, much less question their efficacy.

Sadly, if it were known to most cardiologists that heart disease is primarily a nutritional problem, the industry would instantly crush under its own weight. However, being profitable and remaining so--key word, often trumps a desire to learn of reasons to doubt. That is to doubt the years of medical indoctrination--I mean training.

The only way to successfully change the current cardiology paradigm is for would-be patients to educate themselves on the true nature of heart disease. Unfortunately, this is not easy when the average person is bombared with misinformation.

Maybe you've heard of the tale about "Alice in Wonderland," well a similar journey begins once a typical heart patient has entered into the foray of the high-tech, medical ivory tower. If you've fallen down the rabbit hole, your cardiologist might as well be the Mad hatter! The irony is, you may believe otherwise!

For the average person, it can be difficult to imagine that they are not in the best of hands. Surely, with such an extensive education they must possess the very best care and treatment that medicine has to offer, right?

It is most unfortunate that the answer is usually "wrong." The reason is because the underlying causes are ignored in favor of "cut, burn and poison" methods.

As already mentioned, prior to 1900, heart disease was rare and with the emergence of high-tech medicine, processed food, poor soil mineralization and other factors have only lead to mortality increases.

Let's not forget about hydrogenated oils which are found in many prepackaged foods. Hydrogenated oils or trans-fats disrupt prostaglandin balance, which are hormone-like reactions, crucial for proper homeostasis in the body. Some examples including regulating of blood coagulation, inflammatory response and constriction and dilation.

The good news is that there seems to be a positive trend emerging in some prepackaged foods. The greater inclusion of tropical oils, such as palm and coconut oil instead of hydrogenated oils.

This is really nice to see, because these tropical oils were getting a bad rap without any real science to back it up. Food manufactures were replacing these erroneously, maligned fats with dangerous, artificially, saturated, hydrogenated vegetable oils instead.

I hope to see a day come when fast food restaurants will realize that so-called 'heart healthy' vegetable oil is anything but that. If you're listening, please bring back the lard, it tastes better and it's considerably more healthy.

If I decided to take a trip across state lines, I could visit the state of Arizona where a restaurant called Heart Attack Grill, features real french fries cooked in lard. They claim their hamburgers may give you a coronary, but I couldn't disagree more! I would feel healthier dining at Heart Attack Grill than most conventional fast food establishments.  www.heartattackgrill.com

A friend recently called me with an urgent question, "A friend of mine who is a fifty year-old women found that she has ninety percent of her arteries blocked, yet she has normal cholesterol levels, and she eats mostly fruits and vegetables and grains--how can that be?"

I explained to her that her friend's presupposed healthy diet may not be, and to make matters worse, she may have a thyroid problem. She then remembered to mention that her friend also has fibromyalgia. I said, this makes an even stronger case for low thyroid.

What does thyroid have to do with heart disease? Thyroid has everything to do with heart disease. Studies show that men and women in the lower ranges of thyroid function with respect to thyroid stimulating hormone (TSH), have a significantly higher risk for heart attack. Note that thyroid stimulating hormone is not particulary accurate and that sadly, most who have poor thyroid function will continue to test as "normal," despite suffering from low thyroid symptoms.

Just one of many reasons why low thyroid affects cardiovascular disease risk is its influence over homocysteine levels. Patients with hypothyroidism have elevated levels of plasma homocysteine, and these levels decrease significantly once the hypothyroidism is corrected.

Additionally, as we age there is a gradual breakdown of the body’s ability to metabolize homocysteine. To help insure against this risk, supplement with a natural source of B-complex. I would strongly advise not to use synthetic, isolated fractions of B-vitamins. The reason is that these can create a deficiency of the biologically, preferred forms in some individuals.

Folate is excellent for lowering homocysteine levels, however folic acid, the synthetic version of folate does not work in a significant percentage of the population. In fact, folic acid can inhibit absorption of dietary folate, making a deficiency even greater.

Folate is also helpful for endothelial function, helping to relax the inner lining of blood vessels and reducing blood pressure.

A vastly overlooked cause of cardiovascular disease today is a condition called beriberi. Beriberi is caused from a deficiency of vitamin B1 or thiamin. Without sufficient thiamin, the heart is weak, bringing on a host of cardiology terms with frightening names, such as hypertrophic heart, mitral valve prolapse, cardiomyopathy, leaky heart valve, cardiac arrhythmia, etc.

Many heart patients suffer silently from beriberi, all the while taking synthetic forms of thiamin which do not work as the natural, complexed form does. If you were to ask your doctor about this, he or she may say with a touch of  condescension, 'berberi no longer exists since the implementation of thiamin fortification in foods.'

Beriberi is still very much endured, due to the problem that synthetic thiamin is not recognized without its whole composite in those vulnerable.

Another B-vitamin that is overlooked is vitamin B-4 or adenine. This vitamin is no where to be found on any vitamin label, because it is not legal to print it. Not one cardiologist in a million probably has even heard of this vitamin.  Despite this, the Merck Manual lists 14 separate fractions of B-complex, which includes B-4 and a dozen fractions of vitamin B-12.

Vitamin B-4/Adenine is only available through certain food sources, none of which are derived through cooked food. The best sources are brewer's yeast, wheat germ, spirulina or a supplement called Cataplex B, by Standard Process brand. These are also ideal sources to acquire thiamin and natural folate.

Adenine acts as a co-enzyme with other substances with respect to the mitochondria, the cell factory engine that produces energy or ATP (adenosine triphosphate). In integrative cardiology, nutrients such as D-Ribose, NADH (nicotinamide adenine dinucleotide) and Co-enzyme Q10 have been able to compensate for a widespread deficiency of this important B-vitamin.

In this short review, I have only skimmed the surface on the conventional quagmire of cardiology. In future discussion will dwell to greater depths down "the rabbit hole" with an attempt to explain what is useful and what is destructive in heart medicine. The wildest is yet to come!