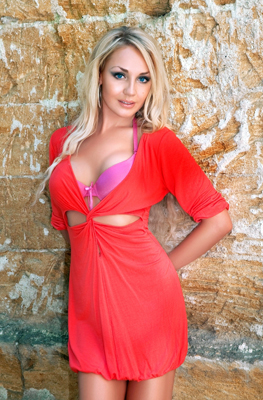 Previously, I made mention that low thyroid function has everything to do with heart disease. To interest those concerned about hair loss and cardiovascular disease, normalizing thyroid can bring down lipoprotein(a) levels. While Vitamin C, Niacin, Co-enzyme Q10 and a diet rich in saturated fat helps, nothing lowers Lp(a) levels better than normalizing thyroid function.

Having normal thyroid function alone is not sufficient to protect one from heart disease, however it greatly reduces the odds. The ability of blood cells to clot is one risk factor not necessarily associated with thyroid function.

Physicians routinely prescribe drugs that inhibit the activity of platelets. Platelets are blood cells that clump or aggregate together in order to clot.

Drugs such as Aspirin, clopidogrel (Plavix), Warfarin/Coumadin (Rat Poison), are prescribed to protect against excess blood clotting, but what about fish oil? Many physicians are reluctant to have their patients combine fish oil with blood thinning drugs.

Unlike pharmaceutical blood thinners, fish oil or other sources of Omega-3 fatty acids work by inhibiting abnormal clotting. In other words, fish oil allows a healthy regulation of blood coagulation, it does not thin the blood indiscriminately.

While I do not recommend taking blood thinning medication, fish oil is safe to use with them. The importance of Omega-3 fatty acid supplementation is of the highest order, yet despite this, physicans prefer to use patent, blood thinners.

The AHA (Another Heart Attack/American Heart Association) recommends to avoid arachidonic acid, well what do they know? They once recommended trans-fatty acids (margarine instead of butter) and today, they still recommend heart, 'healthy' vegetable oils. Arachidonic acid is needed for healthy brain function and it is safe, provided your intake of Omega-3 fatty acids is sufficient.

I had seen studies in the past which suggested that a high intake of Omega-3 fatty acids in heart patients provided a 90% level of protection against fatal heart attacks.

In a moment, I will devulge what I have promised earlier, to take you deeper into the inner sanctum of the secret world of cardiovascular disease 'treatments.' First, an important paragraph on the life saving, natural mineral, Magnesium.

When a heart attack strikes, the coronary arteries are typically in spasm, creating an instability of electrical impulses in the heart muscle. An  intravenous (IV) infusion of magnesium can dilate the failing arteries, stabilizing blood flow, and improving electrical conduction.

If you were to ask about this treatment or if you suffer a heart attack, you might need to prepare your doctor well in advance. Most emergency rooms should have magnesium available for intravenous administration. Typically they will use it for acute asthma attacks. Be sure to insist on it, as it may be a matter of life and death!

Forty percent of heart attacks end in death, so prevention is key. A number of studies have found decreased mortality from cardiovascular diseases in populations who have routinely consumed "hard" water. That is water that is rich in minerals such as magnesium.

Many heart patients have an avid interest in magnesium, once they learn how useful it is. I am often asked, what oral form should be used for a heart patient, and the answer is magnesium orotate. Unlike other forms of oral magnesium, magnesium orotate, has been shown to improve the energy status of injured myocardium by stimulating the synthesis of glycogen and ATP.

Would you be surprised, maybe even shocked to learn that mechanical intervention methods, involving ballon angioplasty, stents, cardiac by-passes provide absolutely no benefit to most heart patients?

Anytime I reveal these cold, blunt and hard facts, there is typically a total "disconnect." A patient needs to hear this more than once, and in fact they need to hear why this is the case. The obvious type of question I would be asked is, "if my insurance pays, there must be studies that prove they work."

If I were to explain a typical medical history of a heart patient, it's analogous to a youngster going on as many rides at an amusement park as they can. The primary difference is, the person is old, and the "rides" are not any fun--in fact, they are life threatening!

A typical patient begins their journey either through noninvasive screening tests, or they maybe discovered after a heart event has already occured. If you're over 65, then the discovery of an abnormal reading is extremely high. What occurs next is recommendation for a catheterization and angiography.

What follows is the beginning of the end. There's much more to cover, so watch for the continuation of this discussion.