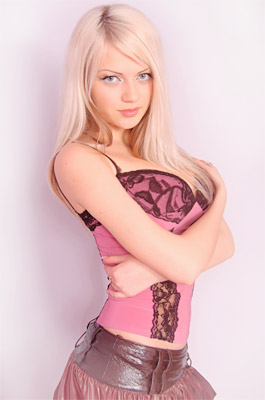 I have had the unique and rare opportunity for a period of years to interview thousands of prospective patients along with a detailed account of their medical history. Many of these on a literal cornucopia of pharmaceutical drugs.

Unlike integrative medicine, standard allopathic structure utilizes a primary care physician to sort out various specialists, few of which collaborate regarding medications prescribed and the whole situation becomes a toxic mess for the patient.

In many cases, medications are the direct cause of underlying conditions, the nutritional needs rarely addressed, just more symptom based treatment and more specialists to be seen, more tests to be run. I've witnessed far too many seniors spending their "golden years" as cardiac invalids, being wheeled in and out of hospitals.

When a patient asks if it's the medication at fault for making them feel terrible, they are often told that they will just have to live with it, or it's just part of getting older. If not, the doctor will switch a similar drug for another of the same class. Let's discuss about the real causes of heart disease.

The use of immunosuppressive drugs such as Prednisone, which are prescribed for rheumatic and respiratory diseases only encourage proliferation of microbes to interact with the endothelial passages of blood vessels.

Various toxic residues and/or viral infection waste products can perturb the smooth muscle lining, disrupting blood flow. Many viral infections, both identified and not yet academically recognized inflict damage to the lining of artery walls.

The subject of viral mediated cytokine/chemokine secretion is ignored with mainstream coverage, however some conventional doctors are beginning to recognize the importance of vitamin D. Unfortunately, most of them still have little idea of its importance in preventing and treating heart disease.

What does vitamin D have to do with infections? Almost everything!

In a very recent study, involving 27,686 patients over the age of 50 years-old with no prior history of heart disease were divided into three groups according to their Vitamin D levels.

They decided to label the normal level group at over 30 nanograms per milliliter, the low group at 15 to 30 ng/ml, and the very low group who had less than 15 ng/ml. The patients were then followed for a period of five years to see if they developed some form of heart disease.

Even the American Heart Assciation is taking notice of the study, and deservedly so considering previous studies have shown Vitamin D to improve blood pressure, blood sugar levels, and inflammation. However, I'm not too optimistic about vitamin D becoming part of a routine in conventional practice anytime soon.

The mantra is "more research is need," until they can design some vitamin D analogs for the same purpose, but whether they will work as well is anybody's guess.

How much vitamin D should you take? Most will do well with 5,000 International Units of Vitamin D per day. Note that the safe upper limit is 10,000 IU per day. Optimally, the target level is 45 to 52 nanograms per milliliter or 115 to 128 nmol/l (nanomoles per liter).

These figures above are conservative as research suggests even higher levels for protection against cancer. The latest estimate is 55 to 70 nanograms per milliliter.

Please also note that the older you are, the more difficult it is to absorb vitamin D, and you may need to take as much as 10,000 IU Per day to maintain optimal levels!

Meanwhile, the current focus is on damage control such as clot busting drugs.

An inflammatory eicosanoid, known as thromboxane A2 can stimulate platelet aggregation (clotting). Many physicians recommend the use of low-dose aspirin to irreversibly block the formation of thromboxane A2 in platelets.

However, many do not account for aspirin resistance, which could significantly increase cardiovascular risk.

Scientists at McMaster University have developed tests, which by detecting the levels of a metabolite of thromboxane in urine (11-dehydro thromboxane B2), can determine whether the patient is a responder or a nonresponder to aspirin therapy. In my view aspirin isn't necessary for any patient and is far from the wonder drug it is thought to be.

In other words, Omega-3 fatty acids control microbial sepsis and prevents the constriction of blood vessels.

What about aspirin you say? Aspirin is not as innocuous as most people believe, for example strokes can cause brain bleeds, the opposite of excess clotting.

Why take chances when sufficient Omega-3 fatty acids can decrease your odds of a fatal heart attack by nearly a hundred percent?

Still much more to cover on heart disease in the next daily topic.