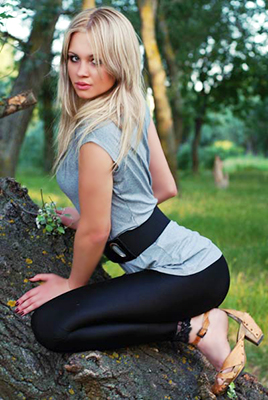 Heart medications can be potent and even help a patient in need to an extent, however they are not the solution and can interfere with the recovery process. It is important to remove them only under a doctor's supervision and equally inportant to have them removed when the drug is no longer necessary.

Since many heart medications are hard on both the heart itself and the kidneys, these should be weaned as the heart becomes more normal. A congestive heart failure patient needs a souce of natural, b-complex vitamins such as from brewer's yeast or from dessicated organ tissue.

Remember that not all b-vitamin fractions of b-complex have been properly  recognized academically. Adenine or vitamin B4 is just one of these, and even if it does exist in a formula, it's not even legal to print it. This means that relying on any manfactured b-complex will be of little use for the heart.

In congestive heart failure, the electrical force of the heart is central to the condition and to maximize its efficiency, nutrients that assist with ATP (adenosine triphosphate) production can increase ejection fraction percentage in a relatively short period of time.

The mineral magnesium is an important co-factor in several enzymatic reactions contributing to stable cardiovascular hemodynamics and electrophysiologic functioning, as well as treating arrhythmias. Unlike the mineral calcium and with respect to the parathyroid gland, we possess no checks and balance system to insure the proper intake of magnesium.

Magnesium deficiency is very common and with it, complications of heart failure are typically found. Common drugs administered for congestive heart failure (digoxin, diuretic agents, and ACE inhibitors) are influenced by changes in magnesium balance.

Magnesium toxicity is rare, and exists only in patients with kidney dysfunction. In these patients, metal detoxification usually will restore function, but that is a topic for another time. So apart from that, the liberal use of magnesium oil and oral magnesium orotate are highly recommended.

When the heart is too flaccid to pump sufficient blood from the chambers, there's one supplement that has the ability to give it a jump start without having to resort to some very expensive therapies, which I have yet to cover.

This supplement is called D-Ribose and what it does for heart tissue is nothing short of amazing. D-Ribose regenerates damaged heart tissue, including cells that are in a hypoxic state (low in oxygen). Have you ever heard of a drug that does this? I haven't!

One expensive therapy that is very helpful to those with congestive heart failure is called hyperbaric oyxgen therapy (HBOT), however it is just that--expensive. D-Ribose can revitalize dormant heart cells that are essentially "asleep" until they receive enough oxygen. Both D-Ribose and HBOT increase oxygen utilization in cells.

When a heart patient has sustained sufficient damage long enough, many of their heart cells have lost the capacity to function at all. With proper dosages of D-Ribose, this function can be restored and ejection fraction improved dramatically. This is like getting a heart transplant from your own twin if you had one.

In a few studies that I have reviewed on D-Ribose have all been very impressive. In a small study for instance, the cardiac index score was tripled when D-Ribose was added for heart patients.

In the Lancet, a study showed when twenty males took D-Ribose, they were able to exercise with much greater capacity or tolerance levels before their EKG (Electrocardiogram) revealed ischemia.

When cells are not producing enough ATP energy, they then produce excessive lactic acid. Under low oxygen conditions (hypoxia), lactic acid builds up in tissues. As mentioned recently, the underlying cause of a heart attack (myocardial infarction) is a destructive process from the accumulation of acid in the left ventricular tissue.

In congestive heart failure, the amount of D-Ribose needed is 5 grams, taken three times daily. This dose can be reduced over time when heart function has been restored.

In addition to D-Ribose, the active or reduced form of Co-enzyme Q10 known as Ubiquinol is important to take. The more unstable the heart the greater dose of Ubiquinol is needed. Ejection fraction can be used as an indicator of the sort of dosage that is needed to satisfy the heart's needs.

Patients with severe cardiomyopathy and congestive failure should aim for 300 milligrams of Ubiquinol.

Many patients with heart disease have little idea that heavy metal toxicity could be a major factor causing their troubles. The most common is Lead (Pb), number 82 on the period table of elements. Lead poisoning does not receive much press, yet it so pervasive due to its widespread use.

The smallest amount of lead can cause toxic effects to the vascular system. Erectile dysfunction is one of many symptoms of this. Medical "authorities" have set 'safe' levels of Lead much too high for too long. Instead of relying on tests, it is better to make note of symptoms, because to date no reliable testing method exists to assess Lead toxicity.

Symptoms of Lead poisoning occur at a mere fraction of government guidelines. One of the leading causes of idiopathic hypertension is caused simply from undiagnosed lead poisoning. When even a trace amount of lead enters the vascular system, it responds by a constriction, increasing blood pressure and forcing the heart to work harder in order to pump blood.

A study published in the New England Journal of Medicine (NEJM) found that blood Lead concentrations of three micrograms per deciliter were associated with significant delays in breast and pubic-hair development in girls, which is an indication that Lead is inversely correlated with steroid hormones levels.

In other words, if Lead levels are high, testosterone is probably low and that spells disaster for heart attack risk.

Many studies suggest that blood measurement of Lead is not reliable, as the organs and bone become storehouses of Lead over time. Blood levels of Lead only indicate recent exposure, not the high levels of Lead, you may have exposed yourself while growing up.

For most of us, the chances of being Lead free are rare, so if you have heart disease, it's best to assume you have too much of it. Unfortunately, there is no known safe level of Lead, so it is best to remove as much of it as possible.

Because bone is living tissue and engages itself in remodeling or bone turnover, the break down process causes a release of Lead into the blood stream, resulting in a sort of time released insult to the body well into old age.

One way to remove Lead contamination from bone stores is utilizing a chelating agent such as EDTA (ethylene-diamine-tetra-acetic acid). EDTA is a synthetic amino acid that is FDA approved to remove Lead from the body.

EDTA chelation is administered through an IV over a period of 3 and a half hours, a few times per week. Unfortunately, the contamination of Lead must be too high in order to receive these treatments from just any doctor.

Much more to cover on emergency cardiac medicine in the next Daily Topic.