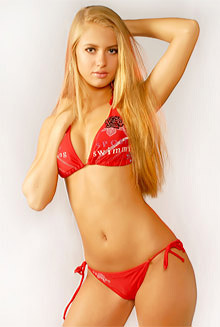 Almost everyone is exposed to metals at work or at home though their food, air and water. Many of the heavy metals such as cadmium, lead, arsenic, mercury, aluminum, etc. produce everything from vague to serious problems that can plague an individual for years until the metals are removed.

In the previous Daily Topic, I touched on EDTA chelation therapy.

Physicians who practice intravenous chelation do so quietly because of pressure and harrassment from the medical establishment. EDTA binds to minerals and metals in the body in order to excrete them through the urine.

When the U.S. Navy first used chelation therapy in the 1940s to treat Lead poisoning, it was discovered that they had fewer signs of atherosclerosis.

In the 1950s, articles were published reporting diminished angina, better memory, sight, hearing and so on.

Because EDTA is proven to reverse and slow down the progression of atherosclerosis and related disease, the treatment enhances circulation throughout the whole body from head to toe, affecting large and small blood vessels.

Various accumulations of toxic metals contribute significantly to the formation of free radicals, which are the major cause of damage to lining of the blood vessels leading to the development of atherosclerosis.

When these metals are removed, enzyme systems are no longer disrupted, allowing improved blood flow. In addition to pulling heavy metals, EDTA also binds with calcium in the blood stream, reducing the influx of calcium into the cells in favor of magnesium. This acts as a natural calcium channel blocker.

When there is sufficient magnesium in cells, it acts as a relaxant for blood vessels reducing spasm and further enhancing blood flow.

While there have been studies around the world, proving the efficacy of EDTA chelation, some have wondered about large double-blind, multi-centered, placebo controlled clinical trials.

I did not think it would ever happen, yet the National Institutes of Health (NIH) had funded for Complementary and Alternative Medicine (NCCAM), to answer all the controversial questions surrounding chelation treatment for heart conditions.

The study was scheduled for completion in the year 2010 and unfortunately it was halted in September 2008. The trial was halted due to allegations of impropriety. These included concerns about informed consent and conflicts of interest, as many of the doctors involved in the study also sold chelation therapies.

This is an unfortunate irony, because countless drugs trials come to fruition regardless of conflict of interest. Many orthodox physicians continue to discourage patients seeking chelation in favor of more profitable treatments such as surgery.

Despite claims to the contrary, chelation is quite safe provided the kidneys are in suitable condition for filtration. Some opponents may cite risk to the kidneys, yet EDTA chelation can even improve the kidneys themselves as heavy metal accumulation is a primary reason for their failure.

When prevention is no longer an option, chelation can be a life saver. Ordinarily a patient faced with the prospect of an aortic valve replacement due a build up of calcium in the aortic valve can seek chelation as the non-surgical alternative. Typically after a full course of treatments, sufficient calcium build-up can be dissolved to show marked improvement.

If there is a pronounced elevation of toxic heavy metals in the body, this can be detected via test called, quite simply, a urine test for toxic metals. This test is very inexpensive and can be ordered outside of a doctor's office.

If calcium scoring is low and toxic metals are high, then another form of chelation is available. It's called suppository chelation and is taken at night during sleep so that it does not interfere with dietary mineral intake. Typically this is taken every other day for a period of 6-months.

The name of the suppository chelation product is Detoxamin and a test kit for heavy metals can be ordered through their site as well.

If levels of toxic metals are not creating any heart symptoms, an oral chelation approach is also available. This process is slower, however is very safe to use for longterm treatment. Two good options are modified citris pectin and humifulvate complex, which is made up of humic and fulvic phenolic acids.

Either or both of these oral chelation methods are excellent for ridding the body of undesired metals, however they should not be confused with oral EDTA chelation products. While intravenous (IV) and suppository methods of EDTA chelation are excellent, the oral EDTA products sold on the market are too poorly absorbed and do not properly reach the blood stream.

In the future will discuss the other benefits of heavy metal detoxication, because the benefits go far beyond cardiovascular diseases. There's much more to cover on emergency cardiac medicine, including why standard CPR (cardio-pulmonary resuscitation) is something to avoid in most cases and what to do instead.