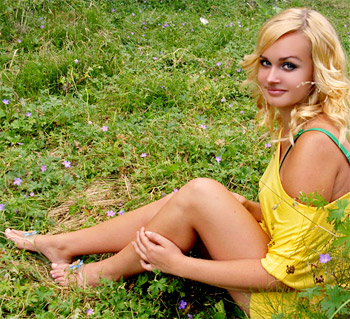 Atrial fibrillation occurs when both chambers of the upper part of the heart, called the atria, quiver instead of beating effectively. The full volume of blood is not properly pumped out, so the remaining blood may pool, increasing its tendency to clot.

If a blood clot shakes loose from atria, it may lodge itself in some potentially very dangerous places, such as a major artery, lung or brain. This may result in a heart attack, pulmonary embolism or stroke.

Atrial fibrillation is not uncommon, it can emerge from a variety of causes, often times from iatrogenic doctors. That is to say that some medications prescribed from doctors can cause this condition, however it also stems from nutrient deficiencies which effect electrical disturbances in the heart.

In addition, a deficiency of thiamine (Vitamin B1) or beriberi of the heart along with vitamin B4 (adenine), both critical for proper electrical conduction.

Typical synthetic isolates will have no effect, and must come from whole sources such as dessicated liver and brewer's yeast.

Unfortunately, almost every cardiologist ignores the real cause of atrial fibrillation, so they perform procedures such as cardio-ablation.

There are actually several forms of ablation.  If you go to the 'best', they will tell you that catheter-ablation is best, since it's minimally invasive. Yet still

"ablation" is just a fancy term for destroy. If a body part becomes "sick" or injured "they," the 'best', only know to cut, burn or poison.

If most cardiologists understood the importance of difficult to obtain nutrients, with thanks to "modern" processing, they might opt for the body to heal itself.

Unfortunately, this approach is simply not taught in medical school.

Whether you have atrial fibrillation or supraventricular tachycardia, the treatment is the same.

In the beginning, cardiologists will first try a 'treatment' called electrical cardioversion. This is used to restore normal heart rhythm with an electric shock. Not only this is procedure very painful, any benefit received is short-lived.

If the last two methods have found minimal success, then atrial pacemakers can be implanted under the skin to regulate the heart rhythm. However, wouldn't be nice to address the real problem?

Routinely, typical physicians will dole out beta blockers to 'treat' arrhythmias. Yet, beta blockers actually encourage arrhythmias because the action of the drug is to slow down the force of the hearts contractions.

In theory, this will help keep the heart in rhythm. Yet, at the same time, it weakens the heart, so that muscles are going to atrophy further or become even more flaccid than before.

Beta-Blockers are an excellent way to speed the progress of getting a good old-fashioned heart-attack, that is if you don't suffer from a pulmonary edema or stroke first.

Most often, cardiologists or general practitioners will put their patients with arrhythmia's on rat poison, more commonly known as Coumadin or Warfarin.  This drug causes a myriad of side-effects and is only prescribed to ward off risks from blood clots. Find out about alternatives methods here

When a patient takes this overly prescribed blood thinner, there are dozens of foods a patient can no longer eat, since they interfere with the 'essential' medication.

Omega-3 fatty acids (fish oil) also help with atrial fibrillation, yet both Omega-3 and Co-Enzyme Q10 are 'contraindicated' with patients on rat poison. To make matters worse, once you're on this drug, you're on it for life!

Another factor in atrial fibrillation comes from a bacterium in the stomach, called Helicobacter pylori. H. Pylori is implicated in hundreds of disease pathologies.

As a general rule chronic gastritis, stomach ulcers and even an autoimmune condition known as Idiopathic thrombocytopenic purpura (ITP) are all

For a while now, the scientific community has known that arteriosclerosis (hardening of the arteries), not to be confused with atherosclerosis which in simple terms means "clogged arteries" is linked with H. pylori.

Recent evidence shows that H. pylori is pathologically linked to atrial fibrillation. Patients with atrial fibrillation are five times more likely to get a stroke and even worse, most conventional physicians think that "protecting" their risk of stroke with rat poison (coumadin) is the answer.

Treatment for H. pylori often involves strong antibiotics and it's not always successful. The safest way to treat H. Pylori uses the nutrient Sulforaphane, which is found abundently in broccoli sprouts.

An erradication of H. pylori alone will not enough to reverse atrial fibrillation. The use of iodine, a naturally sourced B-vitamins are crucial for success. For very difficult cases, there is a concoction, which is part of Chinese Traditional Medicine (TCM), specifically, a Chinese formula called the Hewei-Decoction.

It was first discovered that the Hewei-Decoction was highly effective in the treatment of gastric disorders that happened to include patients with existing arrhythmias.

The Journal of World of Gastroenterology revealed the efficacy of the Hewei-Decoction on patients with post treated H. pylori infection with arrhythmias was very high. In other words, using this TCM formula after successful erradication of H. pylori can restore arrhythmias to normal heart rhythm.