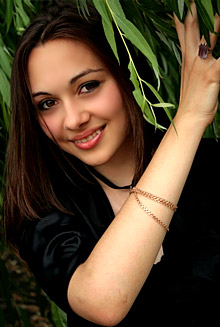 If you've consumed tubs of margarine and foods containing hydrogenated oils, foods cooked in 'heart healthy' vegetable oils, then you might be interested to learn how to clear out the inevitable arterial plaque lining your arteries.

cells. The health of endothelial cells are dependant upon the nutrients and oxygen available to them. These cells are absolutely vital to the circulatory system, as they are responsible for producing nitric oxide, which relaxes the arteries.

Every three months, the body regenerates brand new endothelial cells, however if they are surrounded with plaque, the oxygen and nutrients available are scarce, and although the cells made will be new, the plaque surrounding the previous endothelial cells will remain present and the state of the new cells will not be any healthier than the old cells were.

As, I've stated many times before, dietary cholesterol has nothing to do with heart disease. Regardless of this fact, most doctors believe it's medical 'malpractice' not to prescribe a cholesterol lowering statin drug. The truth is that is only oxidized cholesterol is potentially harmful.

Polyunsaturated oils in some cooked foods become rancid in just a few hours, even at refrigerator temperatures. Yet coconut oil that has been kept at room temperature for a year, is free of rancidity and has no oxidation effects.

In animal experiments, cardiovascular health is endangered when fed linoleic acid, a fatty acid found abundant in vegetable oils and seed oils such as canola oil. When saturated fat is added to experimental animals, their heart health improves.

Think of vegetable oils and canola oil as promoters of lipid peroxidation, a gateway to hair loss and cardiovascular diseases. Unfortunately, these days it's very difficult to avoid these foods, especially if you eat out or purchase processed foods.

A diet largely subsisting of unsaturated fatty acids can suppress the metabolic rate, increasing the incidence of hypothyroidism or low thyroid function. The reason is that these unsaturated fats damage the mitochondria, through respiratory enzyme changes.

Unsaturated vegetable and seeds oils are so prevasive in the market place, yet unfortunately are a severe threat to hair and health. High amounts present a clear danger on the suppression of tissue response to thyroid hormone.

Within plant and seeds oils contain a variety of toxins, thought to protect themselves against animals that eat them. More specifically, they seem to be targeted against mammals and can block protein digesting enzymes.

There are a variety of ways to remove atherosclerotic plaque from the arteries. Firstly, not all plaque is the same, as some of it maybe composed of calcium deposits. On that note, prevention and/or removal of calcification involves one to several nutrients depending on the individual circumstances.

The most important nutrient to prevent calcification of the circulatory system is vitamin K2, known as menquinone. This should not be confused with vitamin K1 (phylloquinone), which is derived from vegetation. Menaquinone or vitamin K2 is derived from bacteria produced in the digestive tract and is also found in organ meats, and certain fermented foods, such as gourmet cheeses.

The lower the K2 level, the greater the risk of coronary calcification. Vitamin K2 containing foods are relatively scarce in modern and processed foods, so when in doubt, supplement with at least 45 micrograms. Be aware that antibiotics lower vitamin K2 levels and anything else that threatens gastrointestinal health.

Calcium initially binds to arterial walls by a transformation of smooth muscle cells in the vessel wall to osteoblast like cells. Menaquinone-4, a type of vitamin K2 derived from animal products, binds to BMP-2, a growth factor known to trigger the transformation. To be on the safe side, use a high potency form of vitamin K2 in the form of MK-4 or menaquionone-4.

If you are vegan, then opt for vitamin K2 in the form of MK-7 or menaquionone-7.

With regard to prevention of vascular calcification, the mineral magnesium has been shown to halt the progression.

One of the most basic and essential nutrients to protect against heart disease is vitamin C. A deficiency of vitamin C can elevate C-reative protein (CRP), an inflammatory marker and predictor of cardiovascular disease. Moreover, it helps to lower Lp(a) levels. When vitamin C is used in its whole, complex form, it contains bioflavonoids, not just ascorbic acid.

The bioflavonoids are critical for the support of the integrity of vessel walls. However, even without the whole complex, vitamin C is very important. In emergency medicine, high dose ascorbic acid administered through IV (intravenous) produces an oxidative effect that helps kill off microbes, bacteria, viral debris (toxins) and can literally reverse arterial plaque.

If you pay any attention to mainstream articles on vitamins, it's rare to hear anything positive. This is because the competition (pharmaceutical companies) and the rest who pay the advertising revenue have a voice in the media. Despite numerous studies reported benefits of vitamin therapies, only the negative articles seem to make the press.

Based on that above figure, an optimal amount of vitamin C could range somewhere between 2 to 4 grams depending on your size. The father of orthomolecular medicine, Dr. Linus Pauling proved to the world--at least those who read the research, that a vitamin C deficiency is a strong basis for the development of atherosclerosis.

Some of the factors that perturb the arterial system are viruses, which mainsteam believes to be some sort of non-living protein coatings that transfer genetic material between different species of host cells. The probably reality is that viruses are produced by cells to clean out toxins.

Intravenous vitamin C has been found to be extremely effective at ridding out toxins and as a result, the viruses are gone with them. So while there are a number of viruses reported to be associated with heart disease, it is more of an indication that there is toxic build-up that must be cleared from the cells.

Vitamin C when administered intravenously can put a flu, or other life threatening virus harmless in a matter of minutes to hours. This includes polio virus and severe types of flu that require hospitalization. Unfortunately, mainstream ignores this and refuses to use it, thus the same is true with heart disease.

More on preventing and treating arterial damage in the next Daily Topic.