The Causes Of Autism & What To Do About It 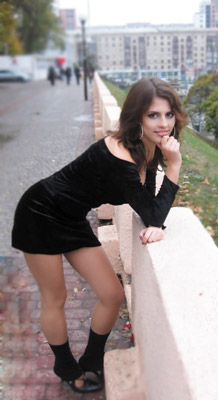 Just as many organizations exist to raise money for cancer research, now there are fund raising campaigns for autism spectrum disorders. Just as there are "no" cures for cancer, they'll proclaim that the cause of autism is 'unknown.'

It's the mercury, and how do we know? Amish people rarely get vaccinated, and the only case of Amish autism I have heard of involved an amish receiving a vaccine.

Since the early 1980's autism has been rising steadily, right in line with the increase in the number of childhood vaccinations. In America for instance, children are recommended to receive 49 doses of vaccines before they reach six-years old. Prior to 1980's, the number of vaccines given were one-quarter of what they are today.

Naturally, the makers of vaccines claim that these medical 'wonders' are proven safe. I disagree, as there are no studies that show their safety over a significant of period time, much less the dangers of administrating several vaccines all at once. With additives such as aluminum, bacteria, formaldehyde, Thimerosal (mercury), and viruses, vaccinations appear more akin to population control than disease prevention.

I'm not suggesting population control is at work here, perhaps it's a case of blindness. Usually when you combine greed with lawsuit immunity, vaccine makers have the goose that lays the golden egg. Imagine a perfect business in which the government mandates everyone to consume your product, completely free of medical liability.

This phenomenol business model is not likely to go away anytime in the foreseeable future. Instead, we're probably going to witness new dangerous vaccines, such as the recent HPV vaccine for girls. Anyone ever heard of iodine? It will reverse cervical dysplasia.

Researchers have made comprehensive genetic studies, and of course they have found nothing. The real cause is mercury exposure, and there are a few ways to acquire it. If a mother has a mouth full of mercury amalgams, the fetus in utero can absorb up to 30% of her mercury.

Autism also relates to an iodine deficiency. Autistic children were found to have iodine levels 45% lower than normal. Iodine deficiency can lead to both thyroid problems and mental retardation, and the researchers say their findings are consistent with studies suggesting altered thyroid function both in autistic children and their parents.

significantly in the last few decades. This is probably due to fortification of bromide in breads instead of iodine, and salt restriction advocacy groups discouraging the use of salt, which is typically iodized.

Alterations of cortical neuronal migration and cerebellar Purkinje cells have been observed in autism. Neuronal migration requires triiodothyronine (T3) which is converted from thyroxine (T4) by fetal brain deiodinases. If there isn't enough iodine this process cannot take place.

A shortage of lithium during pregnancy adversely affects fetal development and especially brain development. Low levels of lithium are linked to

aggression and decreased sociability. Bear in mind that lithium protects against glutamate toxicity, which is driven by free radicals of fatty acids in the brain.

Because fatty acids in the brain are constantly under attack in autism, supplementation with Omega-3 fatty acids will help sustain brain function and allow for better behavior. Fatty acid supplements can markedly improve the behavior of autistic children.

Declining levels of vitamin D over the last 20 years is another factor in the recent increase in autism incidence. This connection has not been explored in depth, however it is likely to be a factor considering the effects of estrogen and testosterone have on vitamin D metabolism.

One of the most effective methods to resolve mercury poisoning is the use of a relatively new fat-soluble antioxidant called OSR. OSR stands for Optimize, Strengthen, and Rejuvenate.

OSR is a product associated with Dr. Haley who has conducted research on the link between autism and mercury exposure, it is marketed as a generalized antioxidant.

OSR is generally only distributed through doctors. However, the following website will sell it to the public.

What makes OSR remarkable is its ORAC (Oxygen Radical Absorbance Capacity) score, which is 192,400. This is extremely high when compared with blueberries which is well known for its high ORAC value of 2,400. Moreover, OSR is a fat soluble antioxidant, which is where the antioxidant activity really matters most, especially for mercury toxicity.

Another important consideration in the treatment of autism is to avoid dietary allergens, especially gluten and milk casein. In addition, would avoid all grains that contain gluten. Leaving off refined starches and sugars is important as well. Mercury toxicity helps breed yeast overgrowth, and eliminating these foods will go a long way towards recovery.

In the practice of integrative medicine, it has been found that hyperbaric oxygen therapy (HBOT) shows considerable improvement in children with autism.

In a recent study, hyperbaric oxygen therapy was found to be remarkably effective for children with autism. Treatments consisted of 10 sessions in a hyperbaric chamber at 1.3 atmopsheres, for one hour per day, five consecutive days for two weeks. SPECT scans of each patient’s brain were taken before and after the hyperbaric treatments to quantify physical changes to the brain tissue.

The SPECT scan showed an increase to blood flow and oxygen to the temporal lobe. SPECT scans of patients taken before hyperbaric treatments showed a significant amount of dormant activity while scans taken of patient brains after hyperbaric indicated an increase in brain activity and blood flow. After hyperbaric therapy, dormant brain regions were replaced with greater functioning tissues and represented a scan more similar to a healthy individual.

In yet another study, measuring the effects of hyperbaric oxygen therapy on autistic children ages 1-11 yrs, researchers found a total effectiveness of hyperbaric in 93.6 % of study participants.

Another very useful treatment for autism involves supplementation of RNA extracted from saccharomyces cerevisiae. Parents with autistic children have found marked improvement in their children who use these products.

These unique RNA products were developed by microbiologist, Dr. Amy Yasko, who has authored two books about autism and brain diseases, called
"The Puzzle of Autism" and "The Power of RNA."

Finally, optimizing intake of iodine, vitamin D, Omega-3 fatty acids, a natural source of B-vitamins as well as magnesium will go a long way in helping towards a recovery. I strongly suggest the use of magnesium oil as those with autism always suffer from a shortage.