The Cause Of Acne 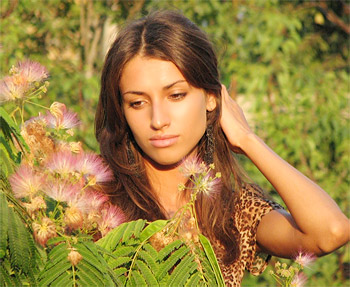 For whatever mysterious reason, the vast majority of dermatologists still share the outdated belief that diet is unrelated to the etiology of acne. Moreover, topical products sold commercially take full advantage the public's immense ignorance about the role of diet and acne.

Conventional approaches to acne are the use of topical retinoids, benzoyl peroxide, azelaic acid, and topical and oral antibiotics for mild to moderate severity. While the side-effects can be well tolerated, they are merely band-aids and do not address the underlying cause of this skin disorder.

Oral isotretinoin, better known as Accutane, is typically prescribed for the treatment of severe nodular acne, treatment-resistant acne, and acne with a risk of physical or psychological scarring. Side-effects from isotretinoin can be quite severe and sometimes even permanent. Some of these include hair loss, eye problems, dry skin, pain in the joints, knee, back and possible organ failure.

Acne is so common among western civilization, it can affect up to 95% of the adolescent populaton. In older men and women, some 40% to 54% have some degree of facial acne.

Acne can be prevented, it's all about diet and the proof comes from two

non-western civilizations, the Kitavan Islanders of Papua New Guinea and the Aché hunter-gatherers of Paraguay. Based on observations of 1,200 Kitavan subjects examined (including 300 aged 15-25 years), not a single case of acne was found!

Of 115 Aché subjects examined (including 15 aged 15-25 years), over 843 days, no case of active acne was observed. Neither of these non-western civilizations consume refined starches or sugars.

In a pilot study used to determine the short-term effects of a low glycemic load diet on hormonal markers of acne suggested that dietary glycemic load may be one environmental factor contributing to the variation in acne prevalence worldwide.

These results suggest that increases in dietary glycemic load may augment the biological activity of sex hormones and IGF-I, suggesting that these diets may aggravate potential factors involved in acne development.

While this is occuring, the high insulin response also stimulates a reduction in insulin like growth factor binding protein 3 (IGFBP-3). The role of IGFBP-3 is to stop the proliferation of new skin cells, so during hyperinsulinaemia or an excess level of circulating insulin in the blood, reduction of IGFBP-3 contributes to an over proliferation of skin cells.

The pores of the skin, the pilosebaceous ducts can become encased in oil (sebum), essentially blocked by a overcrowding of skin cells, called corneocytes.

Both whiteheads and blackheads start out as microcomedones and the initial step in the formation of blocked microcomedones (pores) is the obstruction of the pilosebaceous duct by corneocytes.

Corneocytes are cells in the outer skin layer, and can block the opening of the pilosebaceous duct. This occurs when corneocytes are too tightly bound together during the skins natural shedding process. Normally, the skin's adhesion molecules will exfoliate via apoptosis, but instead remain intact.

Dietary stimulated increases in proliferation of basal keratinocytes (which ultimately may become overly cohesive corneocytes) fuels the obstruction of the pilosebaceous duct.

As a result of this, a delay in the normal apoptotic process in corneocytes is a primary mechanism involved in the development of the acne lesion, also known as the microcomedo.

Propionibacterium acnes (P. acnes) is a native microorganism found within the skin's sebum and plays a role in acne inflammation by stimulating skin cells to produce a number of pro-inflammatory cytokines.

The human body requires some arachidonic acid, however too much can lead to serious inflammation. Additionally, the higher your insulin levels, the greater the stimulation to increase levels of arachidonic acid.

Brewer's yeast can treat acne by neutralizing excess bacteria, as well as by supporting production of white blood cells, serving to reduce inflammation in the philosebacious ducts.

In 1989, a German study evaluated the effects of brewer's yeast on various forms of acne. This randomized, controlled double-blind study involving 139 patients was studied in comparison with a placebo over a maximum period of five months. Over 80% of the patients were considered to be healed or considerably improved taking brewer's yeast, while the corresponding figure for the placebo group was only 26%.

The development of hyperinsulinemia and insulin resistance elicits a pathological rise in serum concentrations of nonesterified free fatty acids (NEFAs), which causes an over expression of the Epidermal Growth Factor receptor (EGFR). This causes a deranagement in the opening of the philosebacious ducts.

There is still more to cover, especially in regard to treatment and prevention of acne. Look out for part 2 of this discussion.