"Run" For Your Life -- Away From Endurance Aerobics! 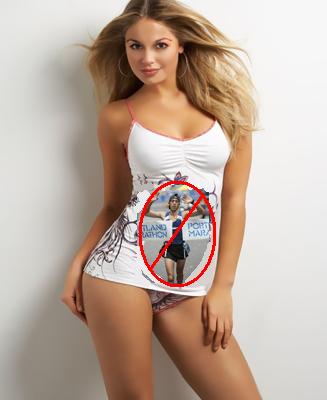 Ever wondered if cavemen ever went jogging?  It probably hasn't crossed your mind, it certainly hasn't mine.

Cavemen probably did a lot of sprinting, and their primary motivation was to catch a "lunch" or perhaps avoid becoming something Else's lunch!

Human physiology was designed for sprinting, not for endurance jogging or running. Animals also run in short spurts, never seen to run for miles on end!

One study found that 35 percent of marathoners had significant levels of arterial plaque, compared to just 22 percent of non-marathon-runners.

Most of us have heard of endurance athletes’ suddenly dropping dead of a heart attack. Enlargement of the heart, also known as cardiomegaly, a condition that should be taken seriously as in a non-athlete is considered a very serious illness.

Many endurance athletes have irregular electrocardiograms that should give a clue as to the 'benefit' of their exhaustive training and exercise.

One study involved ten cases of sudden death among marathons runners. Of these ten, nine of them died of heart attacks secondary to severe coronary heart disease.

Moreover, researchers examined the results of 24 cases of death by joggers, all but one died of coronary artery disease.

Stanford University Medical Center researchers reported on 18 runners who died as a consequence of jogging. While they were all in excellent health prior to exercising, all perished within one to five years of their activity.

These studies are just a small sample of many, and the real point I'm driving at is that according to one study, running a marathon creates an inflammatory storm in the body that is identical to the early symptoms of heart disease!

I'm not suggesting that all exercise is bad, only endurance aerobic exercise.

In fact, check out an earlier Daily Topic that discusses the best form of exercises if you're interested in living longer and improving your lung capacity. Click here

Your heart and lungs were designed for short bursts of intense exercise followed by rest. This rest in between is critical for the body's ability to strengthen the lung capacity, quite the opposite of what many endurance athletes perform.

If you take a close look at the photo above, the marathon runner found on the t-shirt, not the girl, you will see a typical example of an endurance runner's physique, one that borderlines an emaciated look. In sharp contrast, take a look at any Olympic sprinter and observe how muscular their overall appearance is.

twins. Note that PACE is the same as high intensity interval training, a type of exercise that mimics the actions of how animals and prehistoric man typically "exercised," that is, in short bursts with rest in between.

Dr. Sears had one of the 18-year old twins, a women to follow the PACE program, while the other performed an aeorbic exercise, in which she ran up to ten miles a day. Her twin performed the natural PACE style exercises; in this case she sprinted 50 yards as fast as she could, rested, and repeated the cycle six times.

This is a classical example of why marathon runners usually appear the way they do, someone who could be mistaken for being sick, instead of healthy.

In light of all this, endurance exercise, which appears to lend itself towards a catabolic state, is probably not ideal for one who wants to keep their hair.