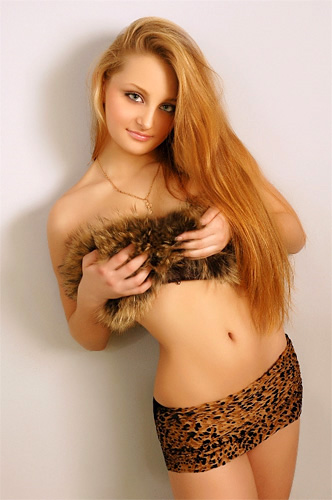 In the previous Daily Topic, I made a brief mention of Oxidative Stress Relief (OSR) for the removal of heavy metals.

OSR is far more desirable to use than EDTA chelation, DMSA or many other professionally used metal detoxification agent. The simple reason is that these other chelators do not bind tightly enough to the metals for safe removal, but instead lose their "grip" and release these toxins back into the bloodsteam only to be reabsorbed back into the tissue.

So what is OSR anyway? OSR was developed by Dr. Boyd Haley, a professor from the University of Kentucky. OSR was the most successful out of a series of compounds sought to bind heavy metals tightly without toxicity.

It was also the intention of Dr. Boyd Haley to develop a compound that would not bind to essential nutrients, while pulling out toxic metals.

Dr. Haley began testing OSR on goldfish, then in rats. Of all the compounds tested, OSR was best. No actual claims are made that OSR is a metal chelator. Instead, OSR is registered as an antioxidant, without any doubt it is an extremely powerful one.

OSR possesses an ORAC (Oxygen Radical Absorbance Capacity) of 192,400. If you compare that value to most anything else, you may not see many rivals.

Remarkably, OSR was found without toxicity. An independent laboratory was utilized to test OSR for toxicity. Using an extremely high dose of OSR, five grams per kilogram of body weight produced no toxic result!

Dr. Haley eventually tried OSR on his own 16 year-old cat, which previously had significant kidney trouble. He has little doubt that the OSR helped his cat fully recover, still alive and healthy some two years later. Given the fact that  animal studies also showed a significant improvement in kidney function on OSR, maybe this was no surprise.

Pregnant rats were also studied with three large doses of OSR. When the babies were born, there was difference between these mice and the controls.

The problem with most of the well known chelators such as DMPS and DMSA is the toxic effects they produce. Unlike OSR, they are not true chelators, nor do they increase body glutathione levels.

If one has kidney failure, it is a good idea to test your glutathione levels, and if low, you'll know the cause is something affecting those levels, and more likely than not, that cause is heavy metal toxicity. If not, another likely source is from a root canal.

On the other hand, if your glutathione levels are adequate, something else is a foot and OSR may not help at all. However, this is quite unlikely given the pathology of most kidney dysfunction.

Glutathione is a universal antioxidant, produced in every cell in the body. Having healthy levels is synonymous with long life.

Upon the release of toxic waste products from root canal teeth or from the constant flow of mercury vapor from amalgam teeth, a constant source of  hydroxy radicals will deplete electrons and cause a glutathione shortage.

When OSR is introduced, hydroxy radicals can be scavenged, freeing up glutathione stores and allowing a healthy excretion of stored toxins.

While OSR is still being evaluated with respect to optimal dosage, the amounts currently available are in 50, 100 and 200 milligrams.

Currently OSR is generally available for sale to only doctors and dentists, however it is also available through the following website:

Patients with end-stage kidney failure suffer from extensive DNA damage which is synonymous with cardiovascular complications. 'Modern medicine' organizes the human body much like a machine with parts, often failing to recognize that dysfunction in one area such as the kidneys is generally systemic, it affects the whole body.

The DNA damage observed in both pre-dialysis and dialysis phases are a direct result of oxidative stress, which may be induced by various toxic assaults.

Aside from the threat of metal toxicity and root canals, one of the most common is advanced glycation end products (AGEs). More about this and other causes of kidney dysfunction and remedy in the next Daily Topic.