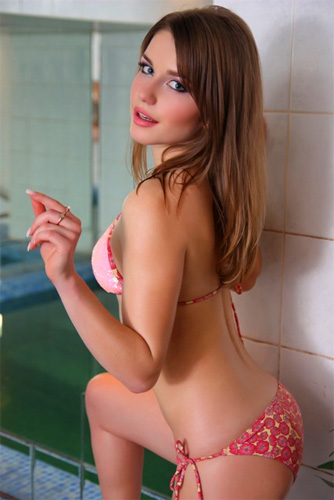 In the previous Daily Topic, a lot of emphasis was placed on heavy metal detoxification via oral chelation for treatment of poor kidney function. Heavy metal chelation isn't everything of course, there is more to treating various stages of kidney dysfunction.

In most cases, kidney dysfunction is a progressive disease, although there can be cases where it can strike without warning. Typically this occurs during drug use, prescription, over-the-counter and otherwise. If you want to hold on to your kidneys, avoid combining acetaminophen (Tylenol) with alcohol.

An extremely common cause of progressive kidney dysfunction is the consumption of food that leads to advanced glycation end products (AGEs).

Acrylamides develop in foods when they are heated above the boiling point. Frying and other high temperature cooking methods will produce acrylamide residues in foods containing grain. Microwave form of cooking is a sure way to create acrylamides in food such as popcorn.

If you use a microwave, you might want to toss it out--keep in mind that the Russians banned microwaves in 1976, and there are many other reasons to avoid using them, but maybe that's a topic for another time.

It's fairly well known that many kidney diseases are brought on by diabetes, and this is no surprise because diabetes manifests the wasting of nutrients, especially the mineral magnesium, and vitamins thiamine (vitamin B1) and pyridoxine (vitamin B6).

A very prevelant kidney disease that is often caused by diabetes is nephropathy. If it's not caused by diabetes, it's is almost always caused by a drug, such as the gout drug, allopurinol or by pain reliever medications such as aspirin and acetaminophen.

One way to treat the incipient development of nephropathy is with high-dose thiamine and benfotiamine therapy. Vitamin B1 or thiamine is absolutely critical for the human body, but unfortunately for the diabetic, thiamine is flushed out of the system before it can protect tissue such as the kidneys, the arteries, the heart and the eyes against the ravages of glycosylation.

In simple terms, glycosylation refers to a prolonged level of glucose in the blood and its interaction with red blood cells during their 120-day cycle. The more sustained an elevation of blood glucose occurs, the greater the potential tissue damage will occur to various organs and tissues that are not dependent on insulin for their absorption of glucose.

Kidneys, blood vessels, peripheral nerves and lenses of the eye are more susceptible to damage from periods of high blood sugar (hyperglycemia) than other organs due to their lack of insulin dependence.

When therapeutic doses of thiamine and its fat soluble form, known as benfotiamine are introduced to a kidney patient, their enzyme levels of transketolase increase in kidney microcapillaries. These micropcapillaries filter the blood and are called the glomeruli.

Transketolase is essential enzyme for initial processes that ultimately are required for biosynthetic reactions involving oxidation-reductions to protect against the toxicity of ROS (reactive oxygen species) for the regeneration of reduced glutathione.

Unfortunately, mainstream medicine completely ignores a diabetic's needs for high dose thiamine or its fat soluble equivalent, benfotiamine that are needed for transketolase. Sadly, most nephrologists (kidney specialists) have not even heard of benfotiamine.

If so-called 'modern' medicine were designed for the benefit of the patient, and not the profitability of the treatment, I would be hard pressed to imagine any doctor not knowing about benfotiamine.

Because benfotiamine is fat-soluble, it can remain in the tissue much longer than regular thiamine or vitamin B1 that is water soluble. Diabetics lose these vitamins like thiamine so easily, and even more so when they are taking prescription drugs such as diuretics, like Lasix (furosemide).

While the commonly prescribed diuretic drug, hydrochlorothiazide used in diabetic, hypertensive and kidney patients does contain some thiamine, it's not nearly enough, and taking it will make diabetes worse which will hurt the kidneys even more.

If nephrologists knew about the therapeutic potential of benfotiamine, they would "prescribe" this vitamin for all of their patients. In therapeutic doses, it will strongly inhibit the development of microalbuminuria.

Microalbuminuria is a condition where abnormally high amounts of albumin are detected in the urine, essentially protein wasting through the kidneys.

Having microalbuminuria is a key factor in erectile dysfunction or any type of endothelial tissue.

A few years ago, a prospective patient was planning to make a trip to California from New York City to find relief for his kidneys, which were showing signs of atrophy. Most of this lab tests with respect to kidney function were abnormal and he had bouts of edema (water retention) which really concerned him.

I told him to take a 1,500 milligrams of benfotiamine every day while he was preparing to make flight arrangements some three weeks in the future. About four weeks later he called me and said he felt so good that he cancelled his trip, and he later reported that his lab tests were very much improved.

There's more to cover, so look out for part 4 in the next Daily Topic.