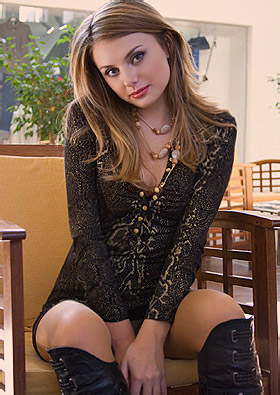 Glaucoma is an eye disease that damages the optic nerve and retina.  There is normal-tension glaucoma that occurs without increased pressure, and then there is a more severe form which involves increased ocular pressure in the eye.

Normal-tension glaucoma can be helped with the herb, gingko biloba.  According to a randomized, double-blind, placebo-controlled, crossover trial, 120 milligrams of the extract can improve visual fields.

However, there is much more than can be done.  While most opthalmologists believe the cause of glaucoma is unknown, research done in the 1960's showed that an adrenal cortical extract helped to normalize glaucoma.  This includes the more severe form of glaucoma that involves ocular pressure.

A-C Carbamide, is a product by Standard Process Products, which is essentially urea, a byproduct of urine.  Urea acts as an osmotic regulator, helping to balance out the electrolytes in glaucoma aqueous fluid.

A disruption of fluid balance causes an accumulation of fluid in the eye, therefore increasing pressure.  Essentially the real cause of glaucoma is adrenal fatigue, and when these glands are not working properly, fluid balance and lymph flow is not properly regulated.

A very helpful supplement also by Standard Process Products is called Iplex.  This contains various tissues and glandulars which also helps with fluid balance in the eye.

For very severe cases, two other treatments would help if the supplements do not work within six-months.  This includes FSM (Frequency Specific Microcurrent) and Hyperbaric Oxygen Therapy (HBOT).  FSM is excellent for adrenal fatigue and helps with fluid and lymphatic flow, and HBOT is excellent for reoxygenating the eye tissue.

Next, we'll move the discussion of treatment to cataracts.  This condition was thought to be caused by sun exposure, but the opposite is true.  The eyes require some UVB exposure and to deny them with the constant use of sun glasses could actually increase your risk.  Using sunglasses while driving is okay, since car windows actually block out UVB radiation and only allow UVA to pass through.  UVA is the "bad" kind you really want to filter out.

Cataracts are believed to form through the process of glycation, which is a cross-linking of collagen sugars together.  Think of this as Fibrosis or hardened collagen.  Russian scientists discovered that cataract progression can be halted, even reversed to an extent with the use of topical N-acetyl-carnosine.

Note that "regular" carnosine will not work, the product to look out for is in liquid form as N-acetyl-carnosine.  These drops must be used daily, preferably twice in a day and used for at least 6-months period of time to evaluate its effectiveness.

As far as prevention, keeping your glucose and insulin levels at optimal or at least normal levels is the best way to keep this condition from ever occuring.