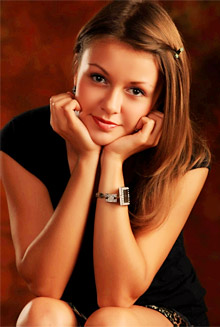 Lithium is a mineral, just as Magnesium, Strontium, Sodium and Potassium.   There's no money in lithium, so no matter how great it is, the media isn't about to mention it.  If they do say anything about it at all, it's put into the catagory of a "drug" used for bi-polar treatment.

Based on research confirmed by MRI scans, lithium has been found to increase brain cells in the aging brain.  Lithium is very useful in preventing a stroke, and the reason is related to blood flow.  If a cerebral ischemic event is induced purposely for the effects of lithium in studies, it has been found that only half of the brain cells died compared to those without lithium treatment.

For the prevention of Alzheimer's, lithium is essential if you have reason to worry.  Lithium strongly inhibits beta-amyloid secretion.  Beta-amyloid proteins are those sticky, brown "senile" plaques associated with demenia and neurogeneration.

Lithium has another overlooked use as well, the treatment of alcoholism.  In stunning research that could have been reported by mainstream media, lithium reduces alcohol intoxication and helps stabilize mood.

Know of any aggressive individuals?  Some of them could benefit from low-dose lithium orotate or aspartate.  In both animal and human studies, lithium has been shown to decrease aggression.

Quite recently, it has been found that Cocaine addiction can be reduced with lithium treatment.  The mechanism here is Glycogen synthase kinase 3beta (GSK-3beta) which is involved in the synaptic plasticity underlying dopamine-associated behaviors and diseases.  In English, that means that inhibiting GSK-3beta could help with drug sensitization, and improving adaptation of neurologic behavior.  This same mechanism is probably why it is also useful in alcoholism.

Yet another application in the inhibition of glycogen synthetase kinase 3, as well as lithium-induced autophagy is the positive effect lithium may have in prion diseases.  Prion diseases are rare, rapidly progressive, fatal neurodegenerative illnesses caused by an abnormal isoform of the native prion protein.

Of the most well known is Creutzfeldt-Jakob disease (CJD), which involves neurotransmitter system dysregulation in animal and human models.  Prion-mediated cytotoxicity may be blocked by N-methyl D-aspartate (NMDA) receptor antagonists.  Lithium is naturally a contender here, and while further research is needed, if you know of someone with a prion disease, it's worth experimenting.

Other types of neurogenerative diesases such as Parkinson's and Amyotrophic Lateral Sclerosis (ALS) can benefit by lithium with its ability to induce autophagy.  Lithium in low doses is a well-known autophagy inducer that clears misfolded proteins and altered mitochondria from motor neurons.

Additionally, lithium preserves mitochondria and sustains their genesis. This effect is replicated by the drug Rapamycin, which is also an autophagy inducer but with a different mechanism from lithium.

It's been postulated that lithium given to healthy individuals who come from families who have some history of alcoholism can benefit.  Lithium can give a rapid increase in mood elevation and sense of well being.  It even provides a mild kick in libido.

Potential benefits of lithium of low-dose lithium supplementation do not stop there.  Conditions such as Fibromyalgia, tension headaches, gout, to inhibition of herpes simplex viruses (HSV 1, HSV 2), adenovirus, cytomegalovirus, Epstein-Barr virus, even the measles.

A condition that effects many individuals with male pattern baldness, called seborrheic dermatitis is a condition that involves a very greasy scalp and one that implicates a colonization by lipophilic yeasts of the genus Malassezia.

Lithium, taken orally or topically can inhibit GSK-3beta and result in a significant reduction in scalp sebum.  While lithium also provides an anti-inflammatory effect, its actions are limited on the proteins that involve male pattern baldness.   Still, it can cut down on the "itch" frequently experienced by those suffering hair loss.