Having Your Cake & Eating It Too Part 3 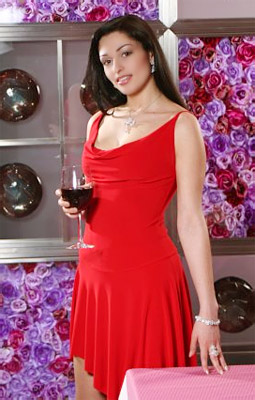 When high glycemic starches and sugars are consumed, they stimulate elevated blood glucose and insulin levels. At the same time, levels of adiponectin decrease. So what is adiponectin and why is it significant?

Adiponectin is in short supply when either high glucose products are consumed or high fructose corn syrup. Low adiponectin means uncontrolled insulin levels and a propensity towards highly negative metabolic effects on the body.

Adiponectin is an adipokine or plasma protein that is specifically and abundantly expressed in fat tissue. The greater amount of adiponectin in the plasma, the less inflammation, incident of hypertension, metabolic syndrome, insulin resistance and obesity exist. In fact, higher levels of adiponectin are associated with longevity according to a study on centenarians.

Only just recently have two natural substances been identified to increase adiponectin levels. Just two years ago this was unheard of. Well, for accuracy, CLA (Conjugated Linoleic Acid) was found to enhance adiponectin levels in rats, but I digress. Personally, I had scoured through research and found absolutely nothing on humans--until now.

The first natural agent to be discovered that increases adiponectin levels is a mushroom extract that is used as an immune stimulant. Products described as immune stimulates are cancer fighters, however due to our limited capacity to express free speech in an unfree, "free" country, descriptions must be vague.

As of October 14th this year, a new natural agent has been identified to increase adiponectin levels. It's the antioxidant found in salmon and krill, called Astaxanthin.

In a first-ever randomized, placebo-controlled human study found that astaxanthin consumption ameliorates triglyceride and HDL-cholesterol in correlation with increased adiponectin in humans.

If you're not familiar with astaxanthin dosages, 12 and 18 milligrams may not seem like much, however it packs a punch as great as 500 times the antioxidant activity of vitamin E. The downside on these dosages is the price. A typical astaxanthin supplement supplies only 2 to 6 milligrams per dose--ouch!

What about bread you say? Today, you could say that "bread is the new butter."  Now that we know that natural, non-processed fat isn't evil, we now target bread as an evil force that promotes inflammation by increasing insulin.

According to the researchers in Lund, Sweden, sourdough bread is safe. Unlike standard wheat bread, It has been observed that bread containing lactic acid produced during the sourdough fermentation or added directly, has the ability to lower glucose and insulin responses after meals in humans.

The mechanisms for a lowered glucose response to bread containing lactic acid were found to be that the inclusion of lactic acid in bread reduces the rate of starch digestion by creating interactions between the gluten and starch.

On the subject of lactic acid bacteria, probiotics can improve digestion and reduce the toxic byproducts of starch and sugar consumption.