Deeper Down The Rabbit Hole Of Heart Disease 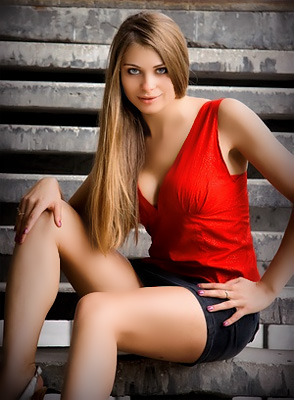 Most prospective patients have little idea that the high pedestal, prestige and self importance in organized, conventional medicine possesses very weak statistics to stand upon.

Does anyone ever question how well this system of medicine works? Not as many as you might imagine, and the deeper one investigates, the grimmer the picture becomes. In fact, if any would-be patient had the benefit of 20-20 hindsight, they might decide to skip their follow-up with their cardiologist.

Behind the façade of high-tech medicine, with its impressive assortment of medical diagnostic imaging devices, and nuclear tests, "they" must have it all figured out right?

They really haven't a clue! Sure, many cardiologists are treated like Gods, but deep down they know better. Medical training insures that keeping a patient's confidence is of the upmost importance and if they let their guard down--they might reveal their true ignorance!

Medical training consistently emphasizes the chastisement of alternative approaches when questioned. Is there any basis for this? Your well meaning doctor believes that peer reviewed studies in prominent journals would have revealed so. As far as they are concerned, if they haven't heard anything, why would you know any better? This topic deserves further attention and will be detailed later on.

I find the greatest flaw in conventional medicine is the failure to recognize and treat the underlying cause of disease. Many cardiovascular patients exit the very "best" heart centers available, not feeling any better, with their original condition plus a slurry of new ones.

Understand that the picture is grim, because cardiovascular disease is considered an inevitable train wreak that can only be managed with symptom based care, potent drugs and surgery.

Heart specialists have many tools at their disposal. There are drugs for every heart condition, and several types of surgeries for common ailments. When arteries clog, there are angioplasties, stents and bypasses.

These are interventions of defense, none of them addressing the underlying problem. Diet is often mentioned in brief, typically with advice to lower salt and saturated fat content.

In the end, after years of heart attention, from the very "best" a patient's family is told, "we did everything we could."

Just how does this insanity actually occur anyway? Later in this discussion I will address this in good detail, but for now, let's return to what some of the causes are.

would-be heart patients In the previous discussion, "Heart Disease is a Conventional Quagmire," I explained some fundamental reasons for the increased prevalence of heart disease, despite government and institutional guidelines set forth by the American Heart Association (AHA) and American Diabetes Association (ADA).

Many concerned about heart disease wonder if their arteries are being clogged. The specific cholesterol involved with the thickening of the vessel wall is a highly-oxidized variety of LDL cholesterol attached to a specific protein (ApoA). The whole complex is called Lipoprotein A or Lp(a).

In contrast to the so-called "bad" cholesterol which is LDL, Lipoprotein(a) is like an adhesive, it is a sticky glue. If there is insufficient antioxidant activity during the course of a meal, or if the food is rich in free-radicals, the Lp(a) produced can be significantly elevated.

If you ever felt your were doing the "right" thing by adhering to the AHA recommendation by cooking with canola oil or other polyunsaturated oil, then you have been sadly misinformed. When polyunsaturated oils are heated in cooking, a virtual soup of highly reactive, unstable molecules or free-radicals have been generated, and in turn, the risk of Lp(a) production increases.

Note that higher levels of Lp(a) are found in patients with androgenetic alopecia (AGA) and are a strong indicator of future heart disease risk.

When there is plenty of Lp(a) floating around, it attracts a vascular inflammation promoter called Dickkopf-1 (DKK-1). Dickkopf-1 is one of the most upregulated genes in balding dermal papilla cells, and through platelet-dependent endothelial activation, it promotes the enhanced release of inflammatory cytokines, causing atherosclerosis.

Testosterone levels appear to be inversely correlated with DKK-1, and this may explain in part, why low testosterone is an independent risk factor in cardiovascular diseases.

In men, free-radicals can reduce testosterone levels and insufficient testosterone can increase levels of free-radicals. In fact testosterone reduces free radical release from human monocytes. Monocytes are types of white blood cells that attach to the wall of the artery in atherosclerosis.

One major determinant of increased monocyte binding to vascular cells is oxidative stress or free-radicals. When monocytes move into the wall of the artery, they are transformed into foam cells, which collect cholesterol and other fatty materials, triggering growth of smooth muscle cells in the artery.

As these foam cells begin to accumulate, they form plaques covered with a fibrous cap in the lining of the arteries.

A large number of environmental and dietary factors can influence both testosterone and antioxidant levels, and this will be explored in greater depth later in this discussion.

Unlike human beings, most animals produce their own ascorbate (vitamin C), they synthesize it endogenously and as a result, never suffer from atherosclerosis.

If dietary vitamin C levels are low, then production of Lp(a) is higher. Both free-radicals and inflammation go hand in hand.

Conventional medicine believes the myth that saturated fat is a problem, however this theory is seriously flawed. First of all, the body produces 80% of its cholesterol via the liver, and since all carbohydrates are metabolized to glucose, the unused portion converts into saturated fat. In other words, avoiding saturated fat and watching your dietary cholesterol is a futile exercise.

Another myth is that Lp(a) cannot be controlled through diet. According to some studies, the higher ones saturated fat intake, the lower their Lp(a) levels are. Conversely, a diet rich in polyunsaturate vegetable oils increases Lp(a). What do you suppose members of the AHA would say about this?

There is much more to cover, will continue in the next daily topic.