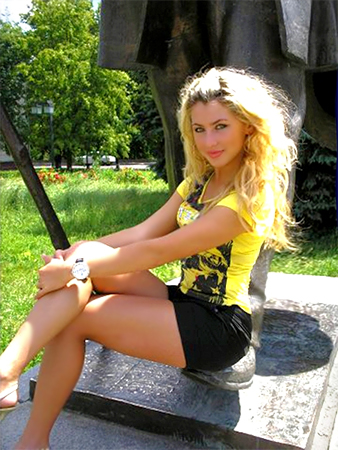 Over many decades, the role of dietary fatty acids in atherosclerosis has been discussed, however the most fundamental cause has been largely ignored. Consumption of refined starches and sugars ranks very high in atheroslcerosis risk.

A number of studies link dietary sugar with adverse changes in lipoproteins and have shown an inverse association between dietary sucrose and high-density lipoprotein (HDL) cholesterol, known as the "good cholesterol."

A diet high in sugar, consisting of 20% of daily intake is associated with an elevation of plasma triglyceride concentrations. This increase is due to both increased liver secretion and impaired clearance of very-low-density lipoprotein (VLDL), the "bad cholesterol".

Then there is a matter of Fructose and/or high fructose corn syrup, which is found in most processed foods today, especially in sodas and other beverages. It is said that the fast track to atherosclerosis occurs with this consumption.

When overweight men and women were assigned to drink fructose-sweetened beverages as 25% of their energy intake developed atherogenic lipid profiles in just two weeks.

Patients who took fructose had increases in fasting plasma concentrations of Apolipoprotein B (up 28%) and very-low-density lipoprotein (VLDL) (up 27%). While "regular" LDL also went up. On a side-note, the relationship of LDL to atheroslcerosis is not significant. In other words, when you hear about the so-called "bad" cholesterol, LDL is often mentioned, yet in reality it is innocent!  Only VLDL is bad!

Because fructose is added to so many processed foods today, it is very difficult to avoid them if convenience foods are part of your everyday routine. To help resolve this problem, supplements can be extremely helpful.

An article published in the August, 2006 issue of the American Diabetes Association reported that giving alpha-lipoic acid to mice in whom diabetes was induced, prevented the increase in cholesterol, atherosclerotic lesions and other health afflictions that a diabetic state would create.

One of my all-time, favorite nutrients is alpha-lipoic acid. It is a potent, universal antioxidant which increases levels of endogenous free-radical fighters, including glutathione, catalase and superoxide dismutase.

When diabetic and nondiabetic mice were given a diet with alpha-lipoic acid or the same diet without alpha-lipoic acid for twenty weeks, both groups had lower markers of oxidative stress and higher levels of red blood cell glutathione compared to mice that did not receive the compound.

The authors of the study were stunned, and reported that alpha-lipoic acid completely prevented the increase in plasma total cholesterol, atherosclerotic lesions, and the general deterioration of health caused by diabetes.

During the 20-weeks, the alpha-lipoic acid supplemented diabetic mice had more stable blood glucose levels than at the onset. This improvement is believed to be due to protection or regeneration of the beta cells in the pancreas by alpha-lipoic acid. The mice who received alpha-lipoic acid had a greater number of insulin-producing cells than before.

One might ask, what about established atherosclerosis? In a study on rabbits, given a diet known to induce atheroslcerosis, Magnetic Resonance Imaging (MRI) analysis demonstrated that lipoic acid reduced atherosclerotic plaques in the abdominal aorta. In addition, lipoic acid improved vascular reactivity and decreased oxidative stress and expression of key adhesion molecules in the vasculature.

Another terrific supplement is green tea extract. When green tea was given to fructose-fed hypertriglyceridemic, insulin-resistant hamsters, there was a significant decrease in plasma triglyceride levels. The hamsters were given green tea standardized for epigallocatechin gallate (EGCG) for 4 weeks.

At the end of the study, the fructose/green tea extract group showed a reversal in all metabolic defects, such as elevated serum insulin and apolipoprotein B levels, and decreased serum adiponectin levels. Also they showed improvement in glucose levels during a glucose tolerance test.

While antioxidant therapy is quite beneficial, so is oxidative therapy as well. Oxidative therapy is the infusion of oxygen into cells. When cells receive sufficient oxygen, this allows the proper fuel to regenerate endothelial tissue.

A highly efficient form of oxidiation therapy is called EWOT or exercise with oxygen. EWOT involves breathing in through a nasal tube of high levels of     externally supplied oxygen tank while exercising. Read more about this therapy here.

If a heart patient is in reasonable shape, then either EWOT or HIIT is an excellent option, as well as using a rebounder. However, if the patient is not in any physical condition to exercise, there are other types of oxidative therapy options.

These are CheZone therapy, Hyperbaric oxygen therapy (HBOT), Ultraviolet Blood Irradiation, which is often referred to as UVBI or photoluminescence and Hydrogen Peroxide (H202).

CheZone therapy is a mix of chelation and ozone therapy into one. Studies have shown that after being treated with ozone, oxygen utilization improves as much as 30-40% in patients with chronic conditions.

Ozone is called O3, the third oxygen atom makes it an unstable molecule, yet it is an oxygen donor, allowing for some remarkable medicinal effects. Just like ozone is used in some parts of the world as a deodorizer, it does the same thing in the body. If a patient suffers from low oyxgen levels, this is a highly effective way to infuse blood oxygen levels to rapidly increase healing of endothelial tissue.

More on oxidative therapies and arterial plaque regression in the next Daily Topic.