Rising Above Your Genetics 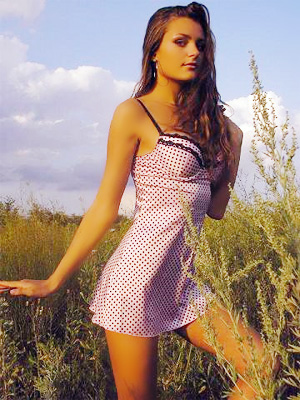 Medical school breeds dogma. This dogma is in the form of so many outdated theories still in practice today. With a very few questioning unproven methodologies, and it's no wonder sickness is spread wide and far.

Many theories, taught as 'fact' are repeated enough to become a perceived fact. It makes the process of educating the 'educated' a little more difficult that it ought to be.

Perceptions from false teachings keep the blind harming the blind, and one of the most unfortunate examples of this, is the orthodox view of genetics. It is taught that genetics are a predetermined future. This means that our DNA determines the sort of diseases we are prone towards.

I have always found the standard teachings of medicine to be short sighted and self limiting. Medical school conjures up a view of dread and disease with little hope of a positive outcome.

Maybe your like me, who has found countless news and magazine articles on health to be a little bit on the depressing side. Medicine today has much to do about disease mongering, and that diet and lifestyle have limited potential to prolong life. We are told to regularly screen ourselves for a disease that we have "little control" of, which ultimately will be managed by a myriad of pharmaceutical cocktails.

We are told that at the time of birth we are dealt with genes we have to live with and that certain diseases are forthcoming.

Naturally, to me all of this is simply rubbish. Instead of genetic roulette, I vouch for the field of epigenetics, which literally means "above the genes."

Scientists understand only 1% of the human body, so it makes little sense to make absolute assertions about anything within the genetic code, making scientific reductionism a hazard to our health. Today, we are finally beginning to understand that the body is not a mechanical unit, but more of a field energy force, governed by quantum mechanics, hence the success of the placebo effect.

It is interesting to note that many pharmaceuticals accomplish little beyond the placebo effect, making drug approval passage somewhat of a dubious process.

Everything from behaviors to hormonal states are thought to be passed down from parent to offspring without change in the DNA code or maintenance of the parental environment. While it certainly appears this way, the truth is, there is something we can do to change our genetic behavior.

DNA contains the instructions for all the parts of the body, yet it is only half of the story. The DNA in our bodies is wrapped around proteins, called histones. Both the DNA and histones are covered with chemical tags, these actually shape the physical structure of the genone and are called the epigenome.

So while DNA remains fixed, the epigenome constantly reacts to the diet and environment, allowing a complete change in genetic expression.

This means that we can slow down the aging process with appropriate dietary and environmental protective measures.

One shining example of this is how mitochondrial function is modified by supplementation of acetyl-L-carnitine in young and old rats.

Fortunately, oxidative stress driven by acetyl L-carnitine can be completely offset with the addition of lipoic acid. In its reduced form, lipoic acid is a potent antioxidant, and like acetyl l-carnitine, also increases intracellular ascorbate and glutathione concentrations.

Lipoic acid and acetyl l-carnitine have been found to act together in reversing age-related metabolic decline and also reduce indices of oxidative stress. It is believed that this combination can extend animal life up to 30% longer. Just from my own personal experience, my oxygen capacity is far greater than it used to be.

Some other marvelous ways to alter genetic expression through epigenetics is taking a super nutrient called Sulforaphane. Sulforaphane is a nutrient found heavily in broccoli sprouts.

When cancer wreaks havoc in the body, a destructive process called deacetylation causes DNA to wrap too tightly around histones, turning off important gene sequences. An important process called apoptosis, which is a cellular self-destruct sequence is supposed to occur when a cell is no longer viable.

During deacetylation, healthy programmed cell death can no longer occur, allowing abnormal cells to grow out of control.

Cancer is a proliferation of cells mitigated by a fungal contamination. Sulforaphane is a potent histone deacetylase inhibitor, and works marvelously as a cancer prevention agent.

The reversible acetylation of histones is an important mechanism of gene regulation. During prostate cancer progression, specific modifications in acetylation patterns on histones are apparent. Targeting the epigenome with sulforaphane is an obvious choice for cancer prevention, yet it offers a myriad of other benefits.

In male pattern baldness, there is a sharp decline in glutathione, which is a critical antioxidant for the removal of toxins. Sulforaphane can restore the antioxidant system in skin cells, possibly protecting against hair loss.

Sulforaphane is also capable of treating asthma and COPD (Chronic Obstructive Pulmonary Disease) in ways once thought to be impossible. So as you can see so far, it really is possible to change genetic expression.

If you haven't already heard, vitamin D can regulate over 2,000 genes in the body. Several studies have shown that optimal levels of vitamin D will prevent premature death from all causes.

If a mother has sufficient vitamin D prior to full embryonic development, chances are far greater the child will be born healthy. Eighty percent of those born with type-I diabetes have a vitamin D deficiency. Does this sound like genetics to you?

Other super nutrients are resveratrol, quercetin, curcumin, the mineral magnesium and much more.

Besides incorporating dietary measures, another important consideration is to be certain you are not carrying a burden of heavy metals, courtesy of the dentist or from vaccinations, such as the flu shot.