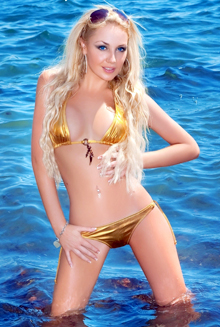 I realize this statement might not be so easy to swallow. Just about every health publication around warns against eating fish that are known to be loaded with mercury. Well, I haven't been too worried about this, as I have consumed swordfish with 'reckless abandon' for years!

However, according to studies around the world, particulary those that have explored the relationship of mercury in tissues, countries that are well known for high consumption of fish do not show levels of mercury to be any higher than the average American.

What does show a correlation with high levels of mercury in tissue is the number of amalgams a person has. This has been studied in cadavers, with an absolute conclusion. The more "silver" fillings or mercury amalgam, the greater the mercury levels found in tissue.

The mercury in fish has already reacted with protective compounds. If you were to take a little mercury and pour some into a goldfish bowl, those fish will be dead in no time flat. However, in the ocean, fish are exposed to mercury over a period of time.

The ocean is rich in the mineral selenium, and when it combines with mercury, it forms mercury selenide (HgSe). This makes the mercury no longer bioavailable, essentially neutralizing its toxic effects.

So when mercury selenide is ingested, you're consuming an insoluble compound that is rapidly excreted in the fecal matter, within the day or day after its consumption.

Let's compare this with mercury fillings, which put out a constant flow of vapor, that is unreacted mercury, is absorbed in the fat tissues, penetrates the blood-brain barrier and oxidizes.

According to the October 18, 2006 issue of the Journal of the American Medical Association, any "risks" associated with eating fish are far outweighed by the benefits of consuming them.

For their review, the authors selected reports published through April of 2006 which evaluated the effects of fish or fish oil on cardiovascular risk, methyl mercury and fish oil's effect on early neuro development, mercury's risks in adults, and the health impact of dioxins and polychlorinated biphenyls (PCBs) contained in fish.

They found that consuming one to two servings of fish per week containing up to 250 milligrams per day of the omega-3 fatty acids eicosapentaenoic acid (EPA) and docosahexaenoic acid (DHA) reduced the risk of coronary heart disease death by 36 percent, and lowered all-cause mortality during the periods studied by 17 percent. Please note that much higher doses show much greater protection.

Due to often ignorant and irresponsible lobbyists, a repeated fiction can carry a lot of weight for people in positions of power. For instance, senators can accept things as fact that in reality are pure fiction. It only takes a single EPA employee and an inaccurate statistical evaluation, which is all too typical of EPA epidemiology. Once accepted as "fact," false propaganda about mercury is born.

Fortunately for us, there are people like Robert Ferguson of the Center for Science and Public Policy.

Quoting from Robert Ferguson:  "In Japan, 87 percent of the population exceeds the EPA (mercury levels). In Hong Kong, Chinese children have mean mercury hair levels (almost twice those of the EPA limits). These children, like those of every high fish-consuming nation, seriously out perform U.S. children from grades 4-12 on international standardized tests for math and science. One key reason could be because they eat lots of fish!"

Ferguson said: "Study after study shows no adverse effects on children from maternal fish consumption as high as 12-14 meals per week. Only benefits have been reported, such as superior eyesight, higher child mental development scores, less hyperactivity, good heart and brain function and improved intelligence at 4 years of age."

The reality is that mercury poisoning isn't easy to get, and you're not going to get it from food, yet your dentist is a more likely source.

Mercury is abundant on the Earth, and it's certainly nothing to be afraid of. We live in a veritable sea of mercury, most of it naturally produced by nature, like volcanic eruptions, forest fires, and especially the oceans. The oceans alone contain millions of tons of mercury that have been there for billions, millions, or thousands of years (depending on your religion).

If you take a moment to look at the history of mercury for the past few thousand years, you will quickly realize that there is no problem. History indicates that methylmercury (MeHg) has been with us since "the beginning." That includes being present in fish and in people.

Micro-traces of the potentially toxic form of mercury have likely been in fish tissue naturally since fish have existed. Studies examining mercury levels in tissue samples from fish from the Atlantic and Pacific Oceans dating as far back as the 1880s have found no trends of increase.

Let's go back a little further than this mere 150 years. In AD 400, there was evidence of "high" levels of mercury in human tissue. And Alaskan mummies dated from AD 1445 had mercury levels twice as high as pregnant women in Alaska today.