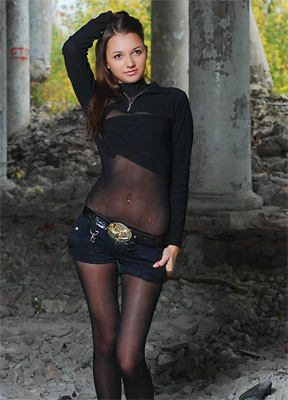 Mainstream medicine breeds hatred when a possible truth threatens to undermine its all mighty empire of "cut, burn and poison."

In the past, I've mentioned a little about sodium bicarbonate intravenous treatment for various forms of cancer. The primary obstacle in receiving this treatment is to find willing medical staff to administer it!

Not following standard cancer treatment isn't a risk most physicians are willing to take.

Recently, I had learned of a novel way to introduce medicine that is more effective than injection. It is nebulization, or the use of a nebulizer.

There are oral medicines, natural and otherwise that are not particulary effective through the oral route. This is because the digestive system does not allow an optimal level of medication with respect to achieving proper blood levels of a substance.

What exactly is a nebulizer anyway? A nebulizer is a machine that converts  a liquid into microscopic bubbles, that resembles a gas. Patients typically use a nebulizer for asthma and COPD. They literally breathe in the mist, and the interesting part about this delivery method is that it doesn't just reach the lungs, it reaches the entire body!

Some medical professionals are already referring to this therapy as off-label nebulization. Hopefully we will start to see new research in this area, particulary in regard to magnesium, sodium bicarbonate, iodine, hydrogen peroxide and glutathione.

All of the above have already been used with good effectiveness for certain conditions, and each of the above are very useful in cancer treatment.

For patients who need a rapid delivery of magnesium to the lungs would involve magnesium chloride oil, nebulized as an isotonic solution, delivering 7.5 grams per 100 ml of distilled water, which is approximately, 3.5 teaspoons of magnesium oil per 100ml.

As far as lung cancer is concerned, this is probably the most effective way to treat it, and best of all, it can be performed in the comfort of home.

If you're not already familiar with sodium bicarbonate, well here is an introduction, it is simply baking soda (pharmaceutical grade) and it is a disintegrator of cancer.

How is baking soda the answer to cancer?

Dr. Tullio Simoncini is an Italian oncologist who had made the observation that cancer is always white in "color" and essentially is a fungus, called Candida.

Candida is found in all of us, however it is not usually a threat unless it is allowed to grow out of control. Eating refined carbohydrates (sugars), taking antibiotics, being contaminated with mercury and other heavy metals all increase risk of Candida overgrowth.

Primitive tribes who typically lived to a hundred years of age, never suffered with today's common diseases like cancer and heart disease, it's doubtful they ever had Candida overgrowth either. Diet certainly played a role in their health, however their food was also loaded in minerals, because unlike industrial strength agriculture, which is grown from soils lacking top soil of fossil minerals, the foods consumed were always rich in minerals.

The "primitives" ate what foods grew around them, when in season, organic and fresh.

Today's soils lack meaningful quantity of minerals, and according to Dr. John Apsley, executive director of the Immunogenic Research Foundation, we are presently so depleted in cations (positively charged minerals) that our cells, desperate to stay alive, will grab onto anything positively charged.

It occured to Dr. Apsley when learning of Dr. Tulio Simoncini's sodium bicarbonate treatments that had not occured to him before--that injecting bicarbonate into the cancer site does something that diet alone can't do.

The bicarbonate literally sucks out the acid hydrogen ions, from within the cells. This allows nutritional minerals to replace the semi-toxic acid.

In turn, this recharges your cellular defenses.

Baking soda is not only alkaline, it is also negatively charged. Dr. Simoncini discovered research showing that all solid cancers have something in common. They are all held together by a fungus. This fungus produces an acid-based glue that holds it and the cancer cells together.

All normal cells are programmed to self-destruct (apoptosis) when no longer viable. However, the fungus or rather, Candida creates toxins that directly interefere with healthy programmed cell death, causing an unmitigated cell proliferation.

Bicarbonate soda has the ability to neutralize this acid-base, and quickly unravel the "glue" holding these diseased cells together. Cancer is neutralized!

It is interesting to note that after the age of thirty, we tend to accumulate postively charged hydrogen ions in our cells, and when this happens, our cells innate ability to produce their own bicarbonate soda wains, thereby inviting potential cancer invasion.

In the near future, will provide more insights on how to circumvent cancer at its beginning and near its end.