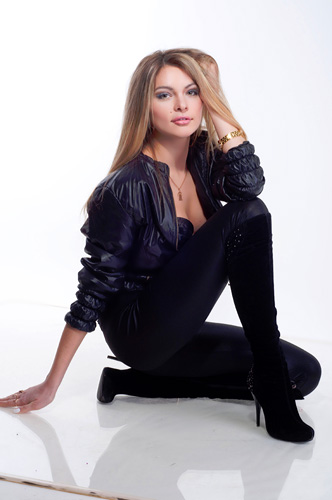 Anyone who finds themselves tossing and turning throughout the night, never feeling fully rested, may have a condition called sleep apnea.

Sleep apnea is often associated with patients who carry extra weight, however, this is not always the case. Some symptoms of sleep apnea are elevated blood pressure, high cholesterol, fatigue, brain fog and can complicate any underlying disease, increasing risk of premature death.

Sleep apnea occurs when one literally stops breathing in periods during their sleep. These periods occur up to hundreds of times during the night. Some patients may remain unconscious during the short periods they are not breathing, while others will stop breathing up to a minute and a half.

Needless to say, sleeping during periods of oxygen deprivation is very harmful and when the body is suffocating, the adrenal glands will overwork, producing a chronic stream of stress hormones. If this condition is allowed to continue long enough, it can lead to adrenal exhaustion.

Obstructive sleep apnea is when the airway is blocked by a sagging soft pallet, however one might ask why this occurs in the first place. During sleep the brain receives signals to the diaphragm, which helps control the breathing rate.

When these signals fail to reach the diaphragm, breathing is halted and as the blood oxygen level drops low enough, the endocrine system will send emergency stress hormone response, initiating a deep breath.

This sudden breath of air can literally suck a sagging pallet into the airway. In turn, a sleep apnea patient will snore, obstructing their sleep.

With central sleep apnea (CSA), there is no obstruction is involved, instead CSA affects how the brain regulates breathing during sleep. Unlike OSA, the brain does not respond normally to changes in blood levels of oxygen and carbon dioxide.

While CSA is considered to be rare, it may not actually be. The reason is that it usually goes undiagnosed because CSA is not necessarily associated the typical signs found with the most common form of sleep apnea (OSA), such as obesity.

Some causes of CSA are the use of tranquilizers, sleep aids or possibly alcohol.

Regardless of whether one has OSA, CSA or both, either or will lead to shortened lifespan if allowed to continue untreated.

The reason is that either condition prevents the body from entering into restorative sleep stages, such as REM sleep. Without a proper sleep, the body cannot sufficiently produce enough ATP (adenosine triphosphate), the energy molecule. Moreover, important metabolic processes cannot initiate and will lead to increased toxicity within cells.

When most physicians consider testing patients for sleep apnea there are a few problems. If one enters a sleep clinic, there are some rather expensive diagnostics designed to measure parameters such as the depth of sleep stages concerning rapid eye movement or the measurement of brain activity, oxygen and carbon dioxide levels, heart rate and rhythm, and many other measurements.

While this sounds all fine and wonderful, it will cost several thousands of dollars. If a sleep apnea diagnosis is confirmed, it will be recommended to use a device known as Continuous Positive Airway Pressure (C-PAP).

This machine that delivers compressed air through a bulky mask you have to wear all night. Or they may advise surgery to remove the excess tissue blocking the airway.

C-PAP is far from a desirable option, because this device works by continuously shooting pressurized air in through the nose. Patients complain it makes too much noise and is simply awkward to use, and it isn't possible to sleep on your side.

If you know someone who uses the C-PAP, they might not always use it and some patients get tired of using it, because either way, they have difficulty sleeping throughout the night. So what's the alternative?

Let's start with the diagnosis first, because it isn't necessary to use an expensive sleep study to properly identify the various types of sleep apnea.

In one study, 68 patients who were presumed to have sleep apnea were used to evaluate the difference between the standard over night sleep study, and a much simpler method, called overnight home oximetry.

The researchers found that overnight home oximetry is just as accurate as the standard sleep study.

The vast majority of oxygen supply stores will provide home oximetry at no cost, plus it's easy to use. The oximeter continually monitors and records the level of oxygen in your tissues during the night. The following morning, it prints out the minute-by-minute results. By then, a physician or yourself can determine what form of sleep apnea is occurring.

However sleep apnea is caused, it appears to be brought a by problem with the signaling between the brain and diaphragm muscles as the body transitions into deeper stages of sleep.

When the body enters into stage II sleep, the phase that occurs before the all important restorative deep sleep, this is when there are possible problems with brain signaling.

If we can somehow improve the regulation of this brain-signaling problem, most causes of sleep apnea can be resolved. Recently, a new product has emerged which helps with this problem, called Nature's Rite Sleep Apnea Relief.

Sleep Apnea Relief works by increasing respiration intensity to help maintain regular breathing. It contains three primary ingredients plus two others for general support. First, the herb lobelia, which is helpful in respiratory disorders and cramp bark is added to promote relaxation of the muscles.

The third primary ingredient is thyme, which has been historically prescribed for congested lungs and shortness of breath. Sleep Apnea Relief also contain the herbs chamomile and sweet meadow, however these are secondary.

The creator of Sleep Apnea Relief has an interesting explanation to the cause of sleep apnea, quoted below.

"The reason that the obstructions cause a problem when you are drifting off to sleep but not when you are awake is the subtle key issue that medical science is missing. Your brain reduces the intensity of the signals to your skeletal muscles when you go to sleep so that you don’t physically act out the movements that you are dreaming. As we get older, the diminished integrity of the nerve boundaries in our spinal column cause some other signals to be diminished unintentionally."

This formula will not work for everyone, but it's certainly worth a try. It prices around forty-five dollars per month, however if you buy the three primary ingredients you'll probably get the same effects while saving money.

In the event this formula does not work, there is still yet another effective alternative to C-PAP.

More on this and additional information in the next Daily Topic.