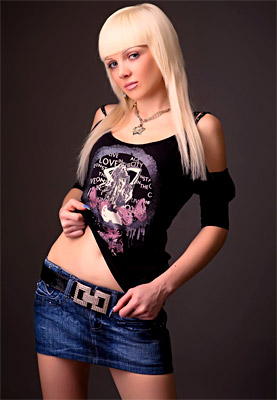 Kidney disease is a very complex degenerative process, involving multiple systems and stages of development. That being said, it is critically important to use any of the following information with a knowledgable physician or nephrologist, capable of integrating such methodologies with a patients individual biochemistry and stage of kidney disease.

Upon the threat of kidney failure in the modern medical system is a pathway toward impending doom, that is if one decides to flow in and out medical corridors of death.

Contrary to conventional wisdom, chronic kidney disease, poor kidney function and the creeping threat of kidney dialysis can be prevented. Moreover, kidneys can be rejuvenated when the proper nutrients are supplied and with toxins removed.

The kidney is a dialyzing organ, that is to say that the blood that enters it is processed through a vast number of "intelligent" filtration systems.

Blood that passes through the kidney is dialyzed to separate the good from the not so good.

Kidney dysfunction is usually caused by two primary pathways, either a loss of nutrients by way of wasting diseases such as diabetes, or by a constant flow of free radicals, typically generated by heavy metals or noxious bacteria.

Patients suffering from poor kidney function will be instructed to uphold a very bland diet consisting of foods that place as little burden to the kidneys as possible, such as having them go on a very low protein, very low fat diet--and of course, very little salt.

The diet isn't without some irony, since protein is the building block of tissue remodeling, and fat is needed to remove heavy metals, which in most cases is the cause of kidney disease itself.

Conventional medicine looks at treating kidney disease as a management of certain decline, instead of attacking the actual problem.

Chronic kidney failure is much more common than people realize, and often goes undetected and undiagnosed until the disease is well advanced. The effect of environmental lead exposure can have a pronounced impact on kidney health.

The effect of lead in kidney health has been well documented in over two dozen studies. Even in the young without disease, lead produces adverse effects.

In 769 adolescents aged 12 to 20 years, an association between blood lead levels and level of kidney function glomerular filtration rate (GFR).

Those adolescents with lower readings of glomerular filtration rate (GFR) were found to have some environmental lead exposure.

Many drugs, including over the counter (OTC) such as ibuprofen and acetaminophen can present great harm to the kidneys. Of the prescription variety such as cholesterol-lowering statin drugs like atorvastatin (Lipitor) and lovastatin (Mevacor and generic) can place the kidneys in great jeopardy.

To fully understand the nature of the harm these drugs present to the kidneys, here is an example of what happens when acetaminophen (Tylenol) enters the liver, it’s chemically altered and becomes extremely toxic. A regular intake of toxins like acetaminophen will largely prevent the liver from producing an abundant supply of glutathione, which is needed to handle toxins in general.

If the kidneys are burdened with heavy metals or other toxins, the body is unable to excrete these without sufficient glutathione, because the

long-term use of this drug can exhaust the liver’s stores of glutathione.

Studies show that people who use acetaminophen on a regular basis more than double their risk of kidney cancer.

Your kidneys can be taxed even greater if taking acetaminophen with alcohol.

If for any reason taking a once in a while dose acetaminophen product is desired, it's a good idea to take NAC (N-Acetyl Cysteine) along with Vitamin C and Lipoic acid to help increase glutathione stores.

As mentioned previously, heavy metals are a major cause of kidney disease, and so it's no wonder that removing these offer a potential treatment.

For example, there is evidence that EDTA chelation will slow down and, in some cases, completely stop the progression of kidney disease.

In one study, 116 non-diabetic patients with chronic kidney disease were evaluated for treatment. Their creatinine levels ranged from 1.5 to 3.9 mg/dl. A normal is less than 1.4 mg/dl.

All of the participants had similar rates of kidney function decline prior to the treatment. The researchers divided the subjects into two groups of 58. They gave one group calcium disodium EDTA weekly for four years or until their body lead level to dropped below 60 mcg. Note that the participants lead levels ranged between 60 mcg to 600 mcg prior to treatment.

The control group also received IV treatment, but it was a placebo without EDTA.

The results showed that the chelation group had a very statistically significant reduction of their kidney function decline!

This belief was never proven, but merely conjecture, yet was widely disseminated as 'fact' without any clinical proof.

Just as metal chelation is beneficial for the arteries, where lead, mercury, and other metals accumulate on the inner surface (endothelial cells), removing them will improve circulation dramatically for all tissues of the body.

Chelation by the use of EDTA is not the most convenient way to reduce heavy metals, and it may not be the most effective means either.

That said, perhaps the safest and most effective way to remove heavy metals is using a producted called Oxidative Stress Relief or OSR for short.

In the next Daily Topic, will explore this and other measures to help prevent end stage renal (kidney) failure.