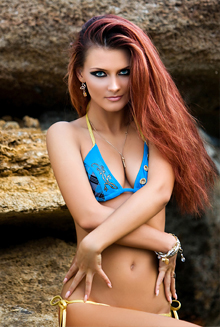 The homegrown epidemic called diabetes, has contributed to the flourishing  business of kidney dialysis centers. The increase of activity around major cities in the United States has been explosive over the past 20 years.

If there's any doubt in the epic failure of conventional medicine, look no further than diabetes. It's the pathway towards vascular diseases, such as heart attacks and leg amputations--and if that doesn't kill the patient, eventual kidney failure will.

Kidney dialysis clears out the toxins in the blood that the damaged kidney can no longer excrete into urine. Of course, dialysis is not curative, it merely buys a little time until the Grim Reaper finishes he or she off.

So naturally, it is prudent to avoid getting diabetes by eating a diet low in sugar and refined carbohydrates. Before kidney failure begins, diabetes is usually already well established, unless accomplished through drug poisoning. That being said, it is crucial to maintain proper regulation of blood sugar levels with the correct diet and supplementation.

Speaking of diet, a typical diet of a kidney disease patient is particulary bland, consisting of low protein and high carbohydrate. Of course the carbohydrates should be specified to be of vegetable origin.

Unfortunately, an over eager dietician may suggest a particulary bad idea, such as salt restriction, which is more than unnecessary, it could be dangerous.

Studies have shown that salt restriction may be linked to organ damage, because low blood sodium, known as hyponatremia can damage the heart and kidneys.

fluoride. It has been demonstrated in rats that fluoride enhances absorption of another toxic mineral, aluminum, which again is bad for the kidneys. This is an instance to avoid all sources of fluoride, including tap water and toothpaste to name just two.

Before the eventual threat of kidney failure looms, some medications are used to control symptoms related to the kidney, such as excessive fluid accumulation and swelling. A very common water pill (diuretic) prescribed today for kidney issues is called furosemide, better known as Lasix.

Furosemide is also prescribed to alleviate fluide accumulation due to more severe conditions such as heart failure, cirrhosis, chronic kidney failure, and nephrotic syndrome. However, this drug is harsh on the kidneys although still helpful for relief of kidney problems.

While furosemide is a powerful diuretic, it depletes electrolytes and in advanced stages of kidney failure, it suddently becomes too dangerous to use.

The garden "weed" known as dandelion happens to work just as effectively as forosemide, without the negative side-effects or puting a kidney patient at risk. Dandelion has been used traditionally as a diuretic and was very surprised to find that it was not properly studied until just recently.

In the August, 2009 Journal of Alternative and Complementary Medicine, the diuretic effect in human subjects was evaluated using an extract of dandelion

to significant effect. The pilot study demonstrated what traditional herblists have known for centuries--dandelion works!

If one is approaching kidney failure, baking soda, also known as sodium bicarbonate can be a life saver. While it's even FDA approved for kidney acidosis, baking soda is also one of the most basic medicines for kidney disease.

Recently, scientists at the Royal London Hospital revealed that baking soda can dramatically slow the progress of chronic kidney disease. In essence,

When the proper protocol is followed, kidney dialysis can be reversed along with the use of baking soda. Baking soda or sodium bicarbonate can be helpful as a bath soak, however the oral route is much more effective.

However, if the kidneys fail, there is little left to control the acidity or pH balance of the blood. This is when oral baking soda or sodium bicarbonate can really save your "neck" or kidneys for that matter.

Well before the kidneys get into any trouble, a hyperglycemic state, or having high blood sugar or diabetes can induce magnesium shortages. While it is prudent to maintain sufficient intake of magnesium for most everyone, if you have failing kidneys, magnesium levels may rise too steeply because of an excretion problem.

However, there are patients with low magnesium levels despite kidney trouble, so adequate kidney function is required before administering

If a kidney patient reaches a stage where they experience some swelling (edema) and protein wasting in the urine, it my underscore a deficiency in blood vessel and capillary building nutrients, namely vitamin C and bioflavonoids.

As mentioned before, clinicians are especially cautious concerning vitamin C, as it is widely believed to be associated with kidney stones. However, this is not exactly the case. Often, it is the absence of B-vitamins and sufficient magnesium to be the real culprit behind kidney stone formation.

Moreover, vitamin C stops the formation or oxalate stones, and actually dissolves phosphate and struvite kidney stones. Before the kidney condition worsens, it is important to supply enough vitamin C and sources of bioflavonids to nourish the collagen based filtrations to allow proper handling of protein.

A common sign of a vitamin C deficiency and/or bioflavonoids is bleeding gums, so heed this warning and supplement.

Pycnogenol is an extract of the French maritime pine tree, and can offset kidney damage caused by high blood pressure say Italian researchers. This was reported in mid March this year.

In a clinical study, pycnogenol was found to be statistically significant further enhanced kidney cortical flow velocities, by 8% for diastolic flow and 12% for systolic flow, relative to values found for the a group taking the drug ramipril only.

Kidney disease is a very complex degenerative process, involving multiple systems and stages of development. That being said, it is critically important to review any of the previous information with a knowledgable physician or nephrologist, capable of integrating such methodologies with a patient's individual biochemistry and stage of kidney disease.

In the next Daily Topic, will wrap up some final considerations on preventing and treating kidney disease.